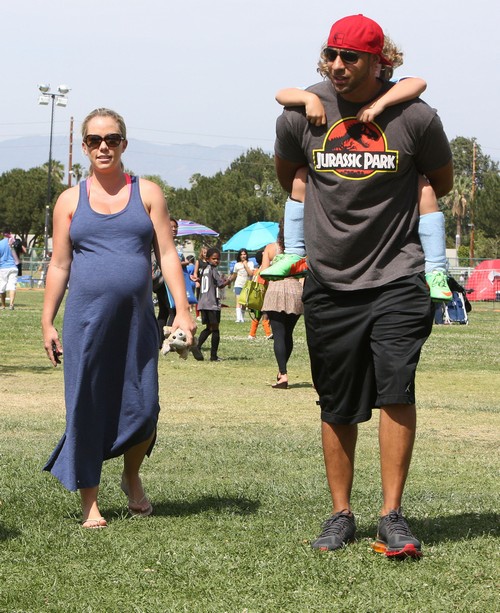 It looks like Hank Baskett‘s stay at a hotel is about to be extended because I don’t think that Kendra Wilkinson is letting him back into their home anytime soon.  I think when it was confirmed that he had left the house we all kind of figured that Hank must have really screwed up but I don’t think any of us really saw this coming. According to Celeb Dirty Laundry Hank was caught meeting up with a transsexual, Ava Sabrina London that he had met off of You Tube. Apparently he was mesmerized by her videos and had to check her out in person.

Sources say that they first met up on April 22nd just a few weeks before Kendra gave birth to their daughter and once wasn’t enough. Hank kept in touch with his new side dish and paid her nicely to keep things quiet. Ironically after Hank watched Casper Smart crash and burn over similar allegations he got nervous. Maybe a little too nervous. Hank started calling the side dish begging her to stay quiet and he also tried to buy her silence again- offering up a cool $5 grand.

Hank’s behavior must have sent up a flare for Kendra because she did catch on and now realizes that her man was cheating on her while she was 8 months pregnant. No wonder she bounced him out of their family home. The real question now is whether or not Kendra will even want to try and work things out with her shady husband. Do you guys think that there marriage is going to last through this crisis or is divorce imminent? Tell us your thoughts in the comments below!