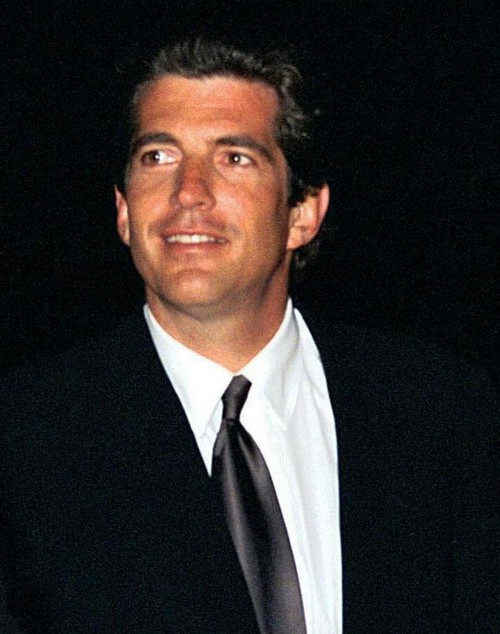 The Kennedy family men are known for their infidelity and a new report out claims that John F. Kennedy Jr. was cheating on his wife, Carolyn Bessette at the time of their deaths. Back in 1999 it was pretty well known that the couple was struggling. John was working long hours and sleeping in a hotel rather than the Tribeca apartment that he shared with his wife. Carolyn was rumored to be depressed and had quit her job in favor of partying with her friends. According to the June 30th print edition of Globe Magazine John met the daughter of an Italian aristocrat in 1998 and the two formed a fast connection.John was in the middle of a full blown affair with the woman at the time of his death and she claims that he was happy that she was carrying his child. Sources say that having a family was everything to John and a baby was one of the things that Carolyn was denying him. Gianni was born a few months after John’s death and his mother purposely had him in NY so that he was a U.S. Citizen. She is currently shopping a book about her relationship with John and apparently the Kennedy family is extremely worried that Gianni could have a stake in their $500 million fortune. His mother claims that they have always known about Gianni and that she is open to doing a paternity test- something that the Kenndy’s would like to avoid at all costs. They still want to preserve the notion that John and Carolyn were blissfully married at the time of their deaths. A love child obviously would kill that notion.

As for Gianni, he is said to look just like John and he is involved in a slew of sports. One of the reasons that his U.S. Citizenship was so important to his mother was so that if Gianni wanted to follow in the Kennedy’s footsteps and run for a political office then it’s a possibility for him down the road. Do you think that Gianni will eventually be named as JFK Jr’s son?  Do you think that this story will end up be true and that the Kennedy legacy will be shaken because of it? Tell us your thoughts in the comments below!