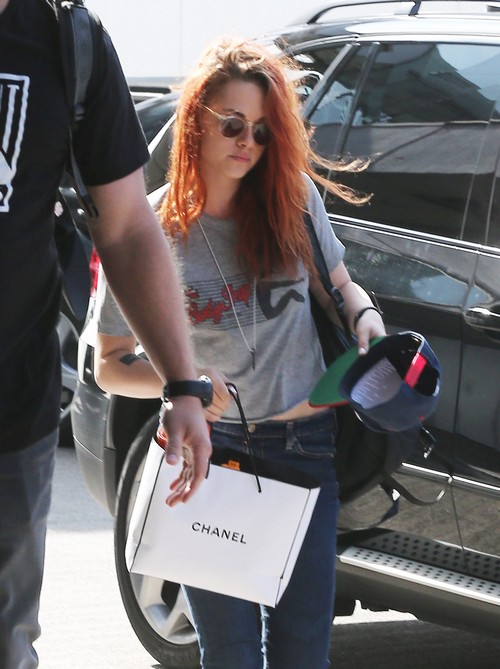 Joan Rivers is crass and rude, and often makes extreme allegations towards people – sometimes in jest, and sometimes seriously. Her new book, Diary Of A Mad Diva, is full of these allegations, including one about Kristen Stewart sleeping with directors to make her way to the top of the Hollywood A-list.

Joan had written, “Many stars only do one thing well. Of course, the best one-trick pony is Kristen Stewart, who got a whole career by being able to juggle directors’ balls.” However, it doesn’t look like Kristen is taking the allegation in good humor, nor should she. She was a young kid when she started out acting, so Joan insinuating that Kristen slept her way to the top would involve allegations that Kristen started hooking up with directors when she was still a kid – and honestly, that’s not an acceptable joke to make, no matter the circumstances. Yes, we all know that Kristen slept with ONE of her directors, but I doubt it’s been a regular occurrence.

Either way, Joan revealed that Kristen is now planning on suing her, explaining, “I’m now being sued by Kristen Stewart. She obviously didn’t read our disclaimer, which is it’s a comedy book. Her lawyer contacted my lawyer, which shows the sense of humor she has… zero.”

She also added that Kristen was a ‘fool’ for taking her book too seriously, stating, “I’m a comedian. I’ve been doing it for 50 years. If people don’t get it… don’t come and see me. It’s OK. Don’t read the book.”

Yes, her book is clearly a ‘comedic’ book, but an allegation is an allegation, no matter how humorous or how serious it is in context. Kristen’s been especially sensitive about her public image since recovering from the cheating scandal, and she no doubts want to prevent people from assuming that she actually is sleeping with directors. Believe it or not, a lot of people actually buy into Joan’s crazy antics.