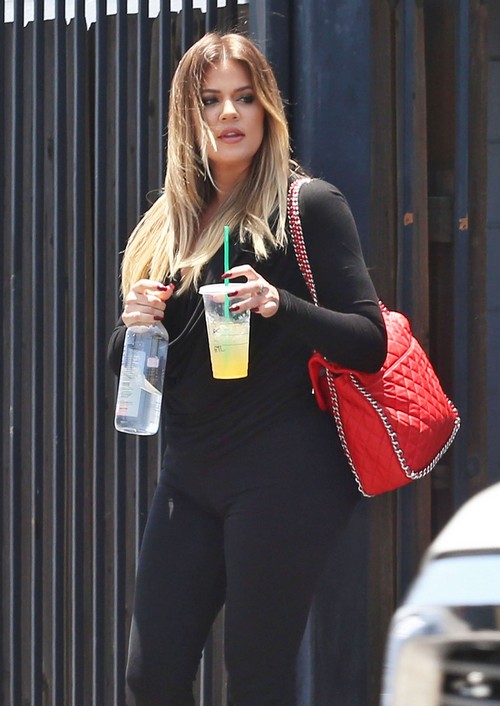 Khloe Kardashian‘s been shooting reality shows for years, so you’d think she’d know how to be punctual for them, right? Well, think again. Apparently, Khloe has been exhibiting diva behavior over the past few months of shooting in the Hamptons, skipping call times and making everyone wait for her without offering up any explanations. According to a report from Radar Online, Khloe’s family is blaming this on Khloe’s new boyfriend, French Montana.

Radar’s source explains, “The crew has been left in the lurch because they can’t get any work done until Khloe decides to show up. This is very atypical of Khloe, who previously would often turn up early for shooting!”

Plus, the sources also add that Khloe’s been parading around the Hamptons, showing off her wealth and status. Apparently, she thinks all the citizens of the town should be happy that the Kardashians are filming there, and doesn’t understand why they’re so upset at the reality show’s camera invasion.

Khloe has reportedly also been complaining about filming stressing her out, which is ridiculous. First of all, they’re not even acting! They’re literally going out there and living their lives, and getting filmed while doing so. How hard can that be? Second of all, they get paid millions of dollars for basically sitting and letting the camera videotape them, whereas most actors have to memorize their lines and actually work hard at their job. It just shows you how spoiled the Kardashians have become, not withstanding any external influence Khloe’s been getting from French.

What do you guys think of Khloe’s diva behavior? It’s just a long line of diva stories we keep hearing about the Kardashians, so this really shouldn’t surprise anyone.