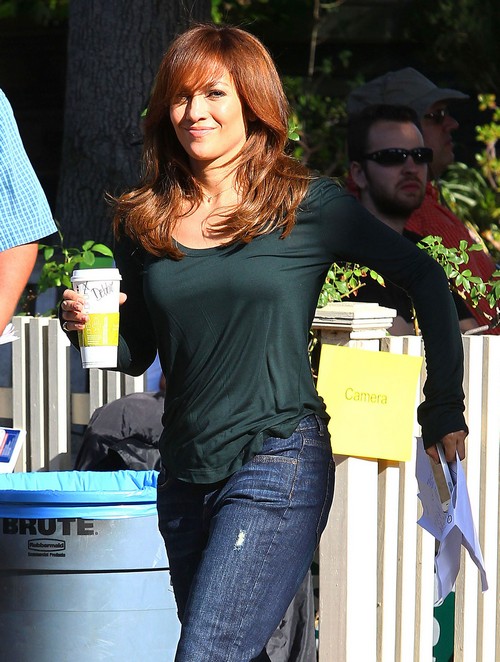 Spending nearly three years with Jennifer Lopez before being kicked to the curb means that Casper Smart knows an awful lot about the starlet. So many rumors have made the rounds about Jen and Casper is in a position to be able to spill all of the dirty details on her life if he wanted to. According to the June 30th print edition of Life & Style Magazine Casper knows everything about Jen and he is desperate to continue living the same lifestyle that she provided for him. A tell-all book could easily fetch the back up dancer an easy $10 million and that amount of cash is awfully tough to turn down.

Sources say that one of Jen’s biggest ongoing fears is the notion that an ex will spill secrets on her to the anxious press. She has already blocked one book from making it into print and Jen is worried that Casper might be inclined to sell her out.  She has sworn to never have had any sort of plastic surgery and insists that she didn’t use IVF to get pregnant with her twins, but Casper knows the truth  on both issues. He also has made it known over the years that he thought Jen’s diva behavior was ridiculous. Imagine the things that Casper has seen and the stories that he could tell.

Do you think that Casper will ultimately be inclined to sell Jen out in order to make a pile of cash? Would he go that far in order to line his bank account and ensure that he can continue living an extravagant lifestyle? Tell us your thoughts in the comments below!