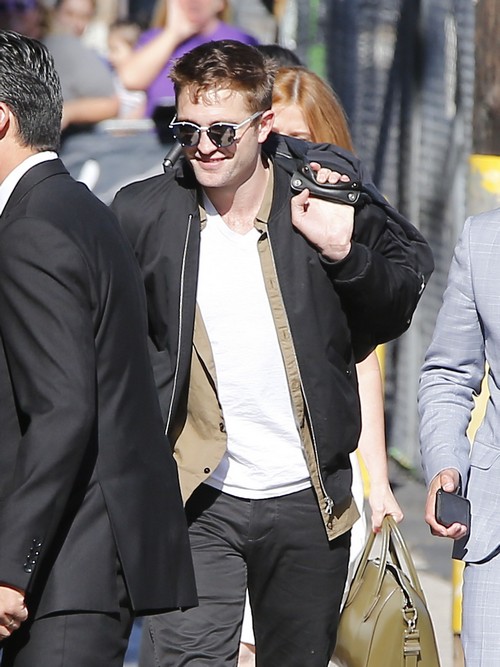 Robert Pattinson and Katy Perry were rumored to have hooked up at The Rover afterparty in Los Angeles last week, but a new report is now suggesting that Rob actually ended up with Kristen Stewart at the end of the night.

It’s hard to say whether this is fact or fiction, especially since it reads like Twi-hard fan fiction. We’ve heard plenty of legitimate sources suggesting that even if Rob and Katy didn’t ‘hook up’ the night of the party, they definitely acted like they were dating. Rob was supposedly lusting after Katy the entire night, and they never left each other’s sides for too long.

In contrast, this report from In Touch claims that even though Rob was with Katy earlier in the night, he went back to Kristen’s later that night. This goes in conjunction with the reports alleging that Rob is actually still living with Kristen Stewart, i.e. he’s ‘homeless’. In Touch states that Rob and Kristen definitely hooked up, but Rob doesn’t want to be in a ‘committed relationship right now.’

You want to know what I think? I think that Rob is having a lot of flings with a lot of different ladies, including Katy, Imogen Kerr, and possibly Kristen. However, he’s keeping it casual with everyone, after facing a lot of pain and heartbreak with Kristen. He may not be able to stop himself from going back to her, but he’s got enough of a willpower to prevent himself from getting hurt again. It’s obvious that he doesn’t trust Kristen, which is why the extent of their current relationship seemingly only extends to house guests and occasional friends with benefits.