Ryan Gosling Getting Back Together With Rachel McAdams: Can’t ‘Let Her Go’ – Report 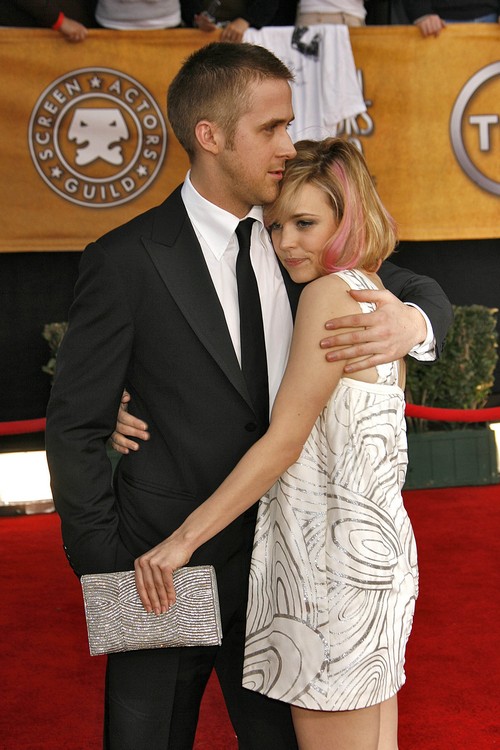 The McGosling fans are almost as passionate as the Twi-hards, which is saying a lot. Before Twilight fans redefined fandom mania, we had The Notebook fans, whose singular life mission was to see their beloved Ryan Gosling and Rachel McAdams unite in real life.

Ryan and Rachel did end up dating for a few years, during which time they were followed by the paparazzi and fans wherever they went. The attention ended up becoming too much for them, and it’s reportedly what led to their final breakup. Neither one of them is particularly fame-whorey, so you can’t blame them for wanting to avoid the media.

A few years went by, and they both ended up dating other people. However, fans still haven’t been able to get past the idea of a McGosling reunion, and a new report from Star Magazine suggests that such a reunion isn’t necessarily out of the realm of possibility.

Star’s source claims that Ryan is still ‘haunted’ by his breakup with Rachel, which makes sense since he’s publicly stated that Rachel and Sandra Bullock were the two ex-girlfriends that he admired the most.

The source continues, adding, “Pals say that after hearing Star’s recent reports that [McAdams] is getting close to her Southpaw co-star Jake Gyllenhaal, [Gosling] panicked. It really bothered him. Rachel was the love of his life, and he can’t let go. He wants to give their relationship another shot.”

If this is true, then I want to say ‘awwwwwwwww’. However, Ryan’s still dating Eva Mendes, isn’t he? If Rachel was really the love of his life, you think he wouldn’t have tried to get her back by now? Plus, Rachel is supposed to have a non-famous boyfriend, even though the tabloids keep forgetting that and linking her to Jake Gyllenhaal. I’m sorry, McGosling fans, you might have to wait a little longer [or forever] to see your favorite couple get back together in real life.