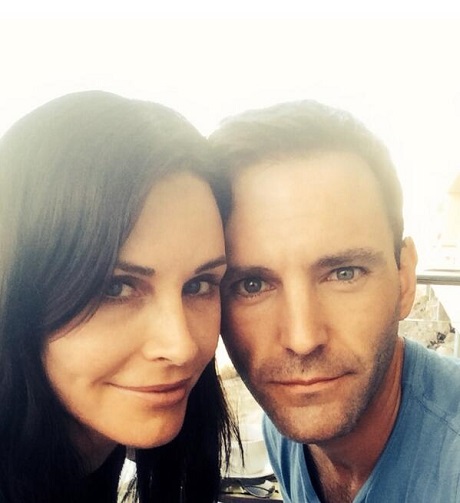 After only a few short months of dating, Johnny McDaid of Snow Patrol proposed to Courteney Cox after the two recently gushed about one another on the red carpet.  The couple, introduced late last year by mutual friend Ed Sheeran, were already living together in April and have been spotted on multiple occasions holding hands and spending time with Cox’s daughter Coco, who she shares custody of with her ex-husband David Arquette.

The very attractive couple posted a loving photo of themselves announcing the exciting news, “I’m engaged to him!” posted by the Friends alum, and “I’m engaged to her!” posted by McDaid, reports Us Magazine. The two make a great couple and openly share their bliss over one another as often as possible. Cox gushed about how supportive McDaid is, while he says she is well-versed in music and the arts. Cox is not the only one who has fallen for McDaid. Coco has really taken to him and is happy he will be her new step-father.

E! Online shares the two recently returned from a romantic getaway in Turks and Caicos, where they celebrated Cox’s 50th birthday.  At the fast pace this relationship has been moving along, it seems the next romantic getaway they’ll be taking will be their honeymoon!