Kim Jong-un Threatens The US Over “The Interview” Assassination Movie – Calls It An Act Of War! 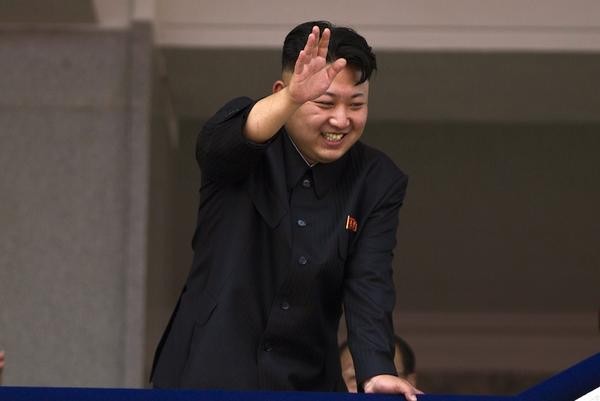 Man, Hollywood better be careful when depicting North Korea in a negative light. After the release of the trailer for The Interview [starring James Franco and Seth Rogen and focusing on a mission to assassinate the leader of North Korea, Kim Jong-un, the US has been threatened by the country.

The North Korean administration has called the movie an ‘act of war‘, and their message read, “If the United States administration tacitly approves or supports the release of this film, we will take a decisive and merciless countermeasure.”

Uh, I don’t know if the North Koreans realize that, but there’s such a thing called freedom of speech here. People are allowed to make movies about whatever they want, including assassinating the North Korean president in a zany comedy. But the film is an obvious satire, but I guess the North Koreans wouldn’t understand that if they’ve never been exposed to it.

The trailer features a line of dialogue stating, “You are entering into the most dangerous country on earth. Kim Jong-un’s people believe anything he tells them, including that he can speak to dolphins or he doesn’t urinate or defecate.”

Yeah, I can see why the North Koreans are pissed off. However, blaming a country’s government for a movie trailer originating from Hollywood is ridiculously far-fetched. I can see they would have trouble separating the two, since their own administration runs everything [including films and entertainment] with such a tight fist. They’re just assuming that Hollywood = Government, which couldn’t be further from the truth. Plus, Franco and Rogen don’t even play assassins. They play journalists who are recruited by the CIA and turned into unwilling assassins, which is where the comedic value of the story comes from.

It will be interesting [and a little frightening] to see where this story goes. On the one hand, North Korea is probably bluffing, as they are prone to doing. On the other hand, they could actually be serious for the first time ever – which would spell trouble for us.