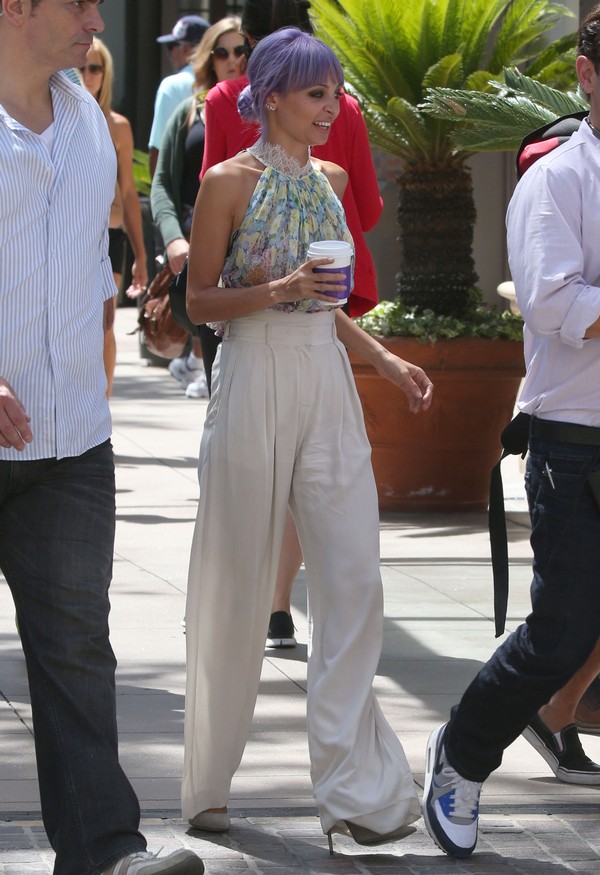 Being married to a rock star is never an easy path and unfortunately Nicole Richie seems to be having a really hard time handling things at home. She has clearly battled food issues on and off for the last 8 years and it seems that the status of Nicole’s personal life is evident by her weight. When she is under stress Nicole forgets to eat-or chooses not to and it’s pretty obvious from recent photos that she is struggling. According to the July 7th print edition of National Enquirer Nicole’s husband of 3 years, Joel Madden recently formed a new band with his brother and is anxious to hit the road, something that never sits well with his wife.

While their careers do keep Nicole and Joel apart at times the fact that other women like him doesn’t exactly please his wife. While working on the Australian version of The Voice Joel got a bit too cozy with his costar, Delta Goodrem and it reportedly caused problems for him with Nicole. She also hates that being on the road means groupies at every tour stop. The fact that Joel is anxious to leave has seemingly convinced Nicole that he is ready to check out of their marriage and leave her.

Nicole has resorted to doing what she always does, working. She has her jewelry line and also a new reality show that is set to debut on VH1. Sources say that food isn’t exactly at the top of Nicole’s list right now and that once again she is putting her health at risk. Do you think that she’ll snap out of it and  gain a bit of weight like she often does or is Nicole ultimately headed for another rehab stint? Tell us your thoughts in the comments below!