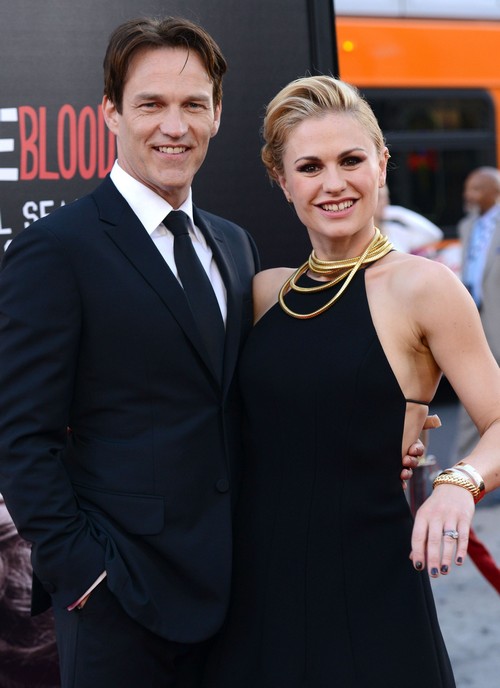 Apparently Anna Paquin can’t hold her drinks. At least that’s what sources were saying on June 17th at the premiere of True Blood’s after party. Earlier in the evening Anna and her husband, Stephen Moyer graced the red carpet looking and acting as charming as ever. A few hours later Anna was sloppy drunk, slurring and stumbling around. According to the July 7th print edition of Star Magazine her husband actually was overheard telling Anna to “get help” for her drinking problem!Ending up sloshed at a work function is a big no-no and Stephen couldn’t believe that Anna picked this particular night to blow it. There’s only one premiere for the final season of True Blood  and he couldn’t understand why she picked this occasion to get so messy. The fact that Stephen told her she needs help certainly raised eyebrows. The couple keeps a killer work schedule and also juggles 21-month old twins. Do you think that Anna has been hitting the bottle a little too hard in order to deal with the stress that her life brings?

Booze can cause major problems in any marriage. Do you think that Anna actually has a problem and Stephen finally tipped his hand to the fact in public or could he have overreacted?  Could he have been so ticked off at her for getting sloppy that he misspoke and unfortunately his comments were overheard and spread? Anna and Stephen have seemed really tight for years now, do you think that they’re hiding some major problems? Tell us your thoughts in the comments below!