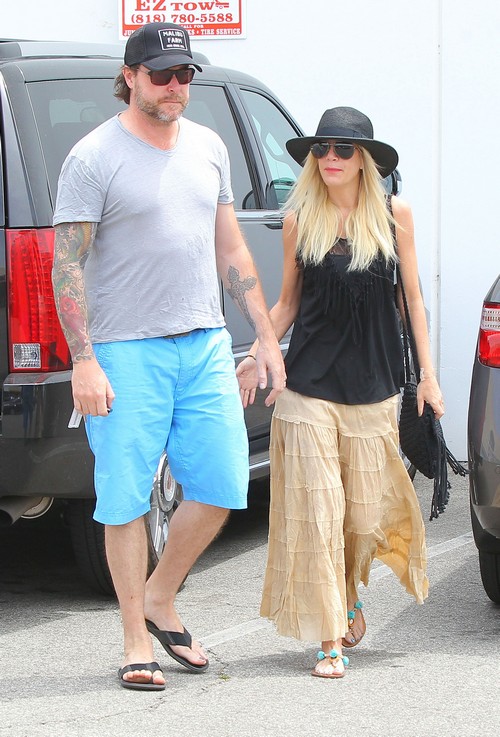 Will Tori Spelling ever earn an honest dime off of something besides her family? My guess is no so of course she is planning her next reality show now that True Tori has wrapped up. In case you somehow missed that mess, it was basically therapy sessions with Tori and her cheating husband, Dean McDermott. Viewers got to tag along for the ride as Tori debated whether or not to give Dean another chance and in the end, she decided to do just that.According to the July 7th print edition of Star Magazine Dean suggested that they have a fifth child as a way of renewing their commitment to each other and refreshing the family. Apparently Tori agreed to this plan even though in the past they had agreed  that four kids was plenty. Of course she realizes that this is a way to lock in at least two more seasons of a reality show and that equals cold hard cash. Is she desperate enough to risk her health to remain relevant? Probably so. The fact that Tori almost died after having her last child seems to be a really distant memory.

If Tori uses another pregnancy as the centerpiece for her next show will you be tuning in? Do you wish that these two would just go away and live their lives in private? Do you think that Tori and Dean’s marriage has any hope of lasting if they keep putting it in front of the cameras? Tell us your thoughts on Tori’s plan for a fifth baby in the comments below!