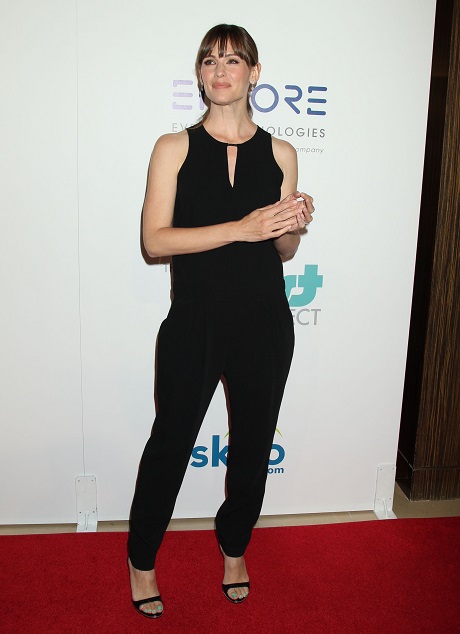 Jennifer Garner‘s plate sure has been full for the last few years. Not only is she a full-time mom to three kids but she also has managed to squeeze a few films in there as well. The one thing that she isn’t too worried about is impressing her husband, Ben Affleck. While Jen always hits the red carpet looking amazing at home, in real life Ben reportedly makes fun of her for her “lack of style.” According to the July 7th print edition of Globe Magazine, Jen admits that Ben makes fun of her and she doesn’t seem too interested in impressing him either.

New Balance sneakers and a pony tail are a way of life for her and she’s fine with that. While we can’t really blame her for wanting to be comfortable, perhaps she should turn up the heat — just a little bit. Ben has been accused of all kinds of bad boy behavior recently, including cheating. Jen might be smart now and then to remind Ben of what he is actually coming home to rather than leaving him at a poker table sloshed, surrounded by hot chicks.

The real question is why Jen isn’t bothering to make an effort any more. Is it because she trusts Ben completely and thinks that she has him totally wrapped around her finger? Or are all of those rumors about trouble in the marriage true and Jen is just tired of even trying to fix it. These two have supposedly been struggling for quite awhile now and maybe Jen simply doesn’t care what Ben thinks when he walks in the door! Is Jen just a tired mom or is Ben’s attention something that she no longer requires? Tell us your thoughts in the comments below!