Suzanne Somers Being Considered To Join The Real Housewives of Beverly Hills! 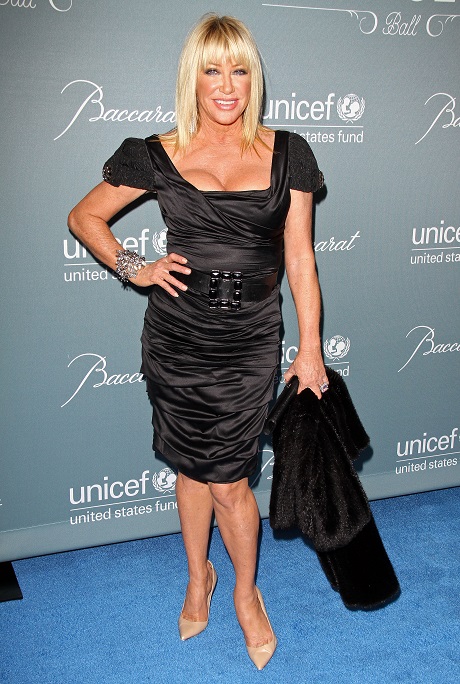 There have been a lot of rumors about potential changes to the cast of The Real Housewives of Beverly Hills — but we do know that Lisa Vanderpump has signed on to do another season. While the other ladies come and go, she is thought to be the queen bee of the cast. A bit older, well-established as a business woman, and very cemented in her position so it makes sense that Bravo is contemplating bringing in a bit of direct competition. According to the July 7th print edition of Life and Style Magazine, Andy Cohen himself has offered a role on the show to Suzanne Somers.

Sources say that Cohen loves her quirky energy and he loves the fact that Somers is also well-rooted in Hollywood. She has had a decades-long career and then been a successful business woman on the side. That means that Somers could easily have instant conflict with Lisa and Bravo would likely see that as a bonus. Housewive’s that all get along are pretty boring to watch. The fans love to see conflict and Andy is betting that Somers w3ould certainly bring some of it to the dinner table with her.

While no contract has been signed yet we’re hearing that Somers loves the idea of joining RHOBH and is waiting for a deal to be offered. What do you guys think about the possibility of her being cast? Would Somers breathe new life back into the show?