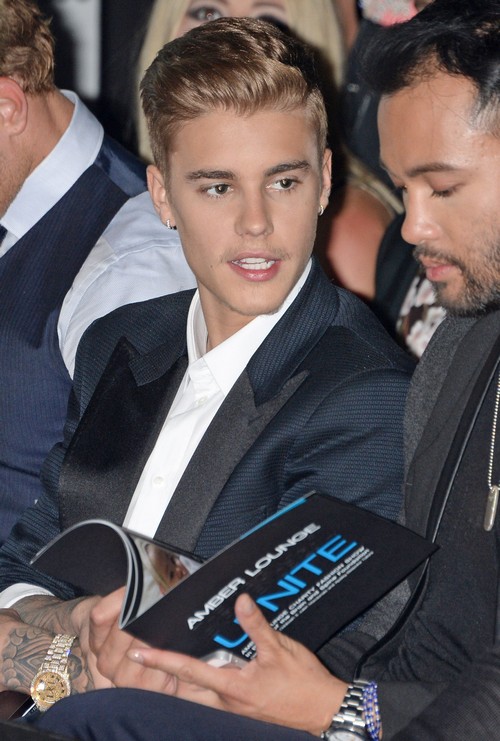 Justin Bieber and Selena Gomez have started dating again. And although it’s been only a few weeks since their reunion, Justin’s already playing it fast and loose with their relationship. Justin was spotted cuddling up with several ex-girlfriends and Instagram models this weekend, including rumored ex-fling Chantel Jeffries. He was also photographed getting close to mystery brunette [rumored to be model Kayla Phillips] at Chris Brown‘s Annual Skate Jam party in Glendale.And trust me those, those photographs are anything but innocent. Justin has his arm around Kayla in the pictures, and he’s seen whispering into her ear in a couple of them. Either he and Selena Gomez have an open relationship, or Justin’s already cheating on her.

It seemed like the two were inseparable just a few weeks ago, but now Justin is already flirting with other girls? Selena and Justin famously have a very on-again/off-again relationship, but you’d think that they’d stay together for at least a few weeks, right? After everything that Selena went through to get back together with him, Justin might have waited before rebounding with random D-list models.

And if they’re not broken up but he is cheating on her, I don’t think it will remain a secret for long. These pictures have already gone viral, meaning that Selena’s probably seen them. And if she allegedly broke up with him during Coachella because he flirted with Kylie Jenner, what is she going to do when he’s whispering into another girl’s ear and has his arm around her?