Portia de Rossi Went To Rehab In May, Cause Of Marriage Problems With Ellen DeGeneres 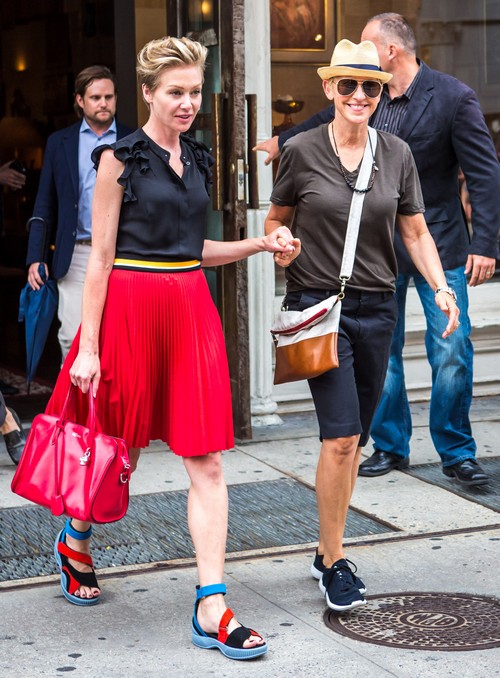 This is confirmation that where there’s smoke, there’s almost always fire. There has been plenty of gossip centered around Ellen Degeneres‘ and Portia De Rossi‘s troubled marriage, but most of those rumors were focused on their love lives or their supposed affairs with other women. Nobody thought of substance abuse as a possible culprit, and it turns out that may have been the root of the problem

According to In Touch Weekly [via Page Six], Portia secretly spent 30 days in May at the Passages Malbu rehab center. Apparently, Ellen visited Portia every weekend to provide support, even though she kept quiet about it to the media.

Although the sources haven’t clarified what Portia was admitted for, a counselor told Page Six, “The primary issue has to be a substance abuse issue, because that’s what we’re licensed as.”

Portia has already has experience with health issues, since she dealt with an eating disorder in 2000 when she dropped to an extremely unhealthy 80 pounds. She managed to recover from that in a few years, but it took her a lot of support and rehabilitation to get back on track. Going along that same route, people who have a history of eating disorders also have a tendency towards addiction, especially concerning alcohol and drugs.

Alas, this may have also been the reason that the tabloids have speculating non-stop on Ellen and Portia’s marriage. They may have been hearing from sources that all was not copacetic in Ellen and Portia land, and they just assumed it had to do with cheating, affairs, and jealousy. I mean, it’s Hollywood, right? Those problems are usually at the root of all marriage issues, so I don’t blame the tabloids for going that angle. But now that we all know it’s actually substance abuse, we have to wonder how long Ellen will stick by Portia before it becomes too much for them.