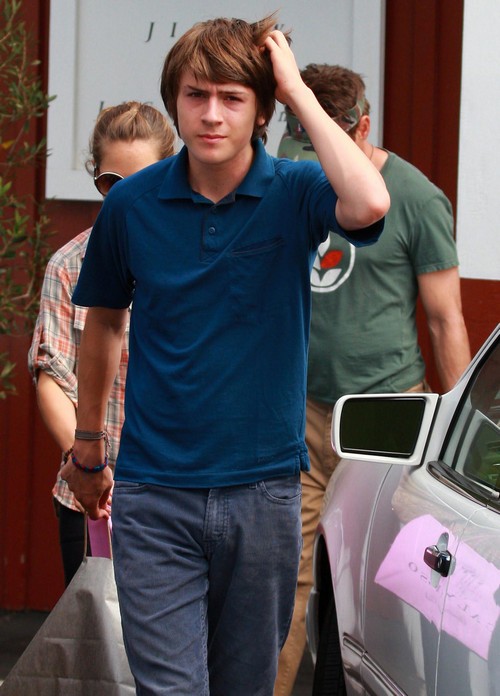 Robert Downey Jr.‘s son, Indio Downey, was arrested this weekend for cocaine possession. He was reportedly pulled over in a car on Saturday, after an officer pulled up next to his vehicle and noticed that a friend was smoking something out of a pipe. The police officer ended up searching the vehicle and finding cocaine. Indio was then arrested, with the bail set at $10,000.

Unfortunately, it looks like drug addiction runs in the family. This incident echoes Robert’s childhood, where he famously struggled with drug addiction for several years and was even arrested in 1999 after missing a drug test.

Indio was already released from jail this morning, but Robert has also released a public statement thanking the police officers for their intervention. He said, “Unfortunately there’s a genetic component to addiction and Indio has likely inherited it. Also, there is a lot of family support and understanding, and we’re all determined to rally behind him and help him become the man he’s capable of being. We’re grateful to the Sheriff’s department for their intervention, and believe Indio can be another recovery success story instead of a cautionary tale.”

Unfortunately, it takes much more than a simple arrest in most cases to help people get over their addictions, especially when there’s already a ‘genetic component’ involved. Robert dealt with his addiction to cocaine and heroin for many, many years, even destroying his career and life in the process. He managed to get back on track with the help of his wife and family, and hopefully Indio will have that same support system. Considering that Robert himself has a lot of experience in this arena, we can imagine that his support will be invaluable in helping Indio make a full rehabilitation.

Indio also his own personal history with drugs as well, having attended rehab last fall for a brief stint due to his reliance on prescription pills. At the time, his mother went on the record and said that it wasn’t an addiction, and he was only taking one pill a day. However, that clearly escalated without anybody realizing it, if his cocaine use is any indication.