Julianne Hough Hates Ryan Seacrest and Was Releived They Broke Up 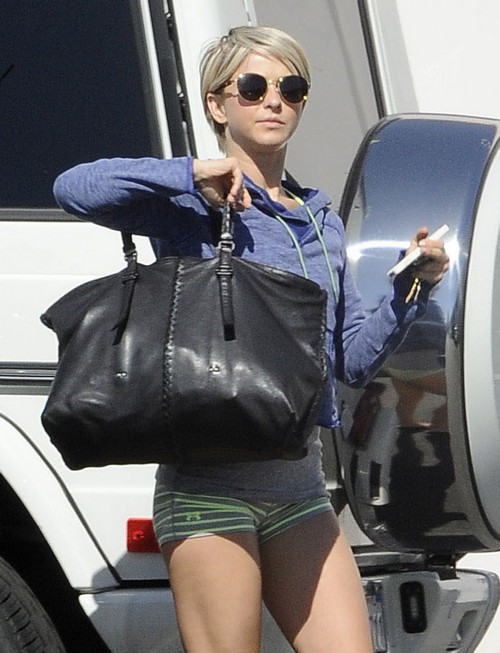 Julianne Hough covers the latest issue of Redbook Magazine, and in the accompanying interview, she opens up about her relationship with ex-boyfriend Ryan Seacrest. She pretty much unofficially disses him, blaming the relationship on the fact that ‘there was nothing right.’

In other words, she wanted to dump Ryan but wasn’t brave enough to do it. She could also be alluding to industry pressure to keep dating the A-list celebrity, which many actors and actresses are forced to do to raise their profile.

Julianne’s now in another relationship, with hockey player Brooks Laich. She claims that she’s much more open with Brooks than she ever was with Ryan, even adding, “If I had been this open in my last relationship, who knows?”

Man, Ryan Seacrest is not going to be happy to hear about this interview. Julianne more or less admits to dating him just for the sake of dating him, and because she was too scared to break up with him. I don’t think any guy would be happy to hear that his girlfriend only dated him out of fear for dumping him, especially when the guy is as famous as Ryan Seacrest.

What do you guys think about Julianne’s comments? Does she seem like she’s telling the truth, or she just trying to play the media? Let us know your thoughts in the comments below.