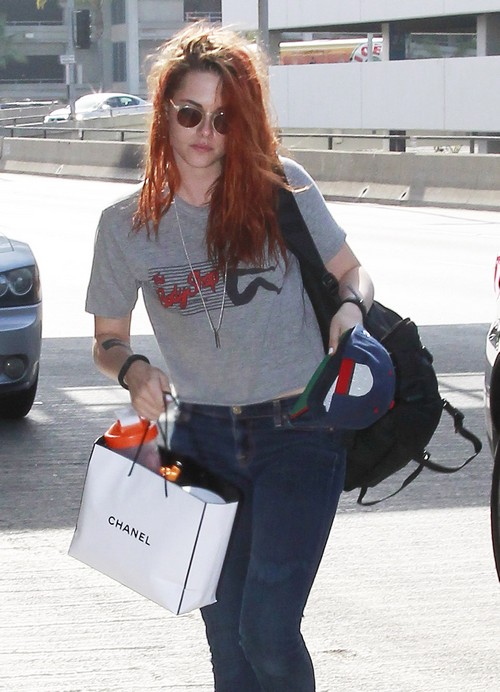 Kristen Stewart‘s love life has always been the focus of many tabloid reports, but this latest report might be taking it too far. Kristen’s fair game when it comes to Robert Pattinson, especially since she’s rumored to still have feelings for him. But since Rob has made it clear that he has absolutely no interest in getting back together with Kristen, the tabloids have now moved on to setting Kristen up with other people.

A new report from Star Magazine claims that Kristen is now conspiring to ‘get’ Demi Moore‘s boy toy, 27-year-old Sean Friday. A supposed source tells Star, “Demi invited Kristen over to talk about a few movie projects. But she and Sean completely hit it off. Now Kristen has a bit of a crush on him.” Apparently, Sean and Kristen exchanged phone numbers and have been in touch since their meeting.

Ok, am I missing something? What’s with the tabloids’ fascination with Kristen and Demi together? Just one week ago, another tab suggested that Kristen and Demi desperately wanted to act together in a movie, and now another one suggests that they’re fighting over a dude? Yes, they both have brown hair and they’ve both been ditched by their boyfriends, but the similarities end there.

Well, almost. I guess Demi and Kristen are the tabloids’ favorite punching bags, and this provides a way for Star to combine two of their heavy-hitters into one story. But I have to say, this story is extremely far-fetched, even by Star Magazine’s standards.

What do you guys think of Kristen’s alleged liaison with Demi’s boyfriend? Let us know your thoughts in the comments below.