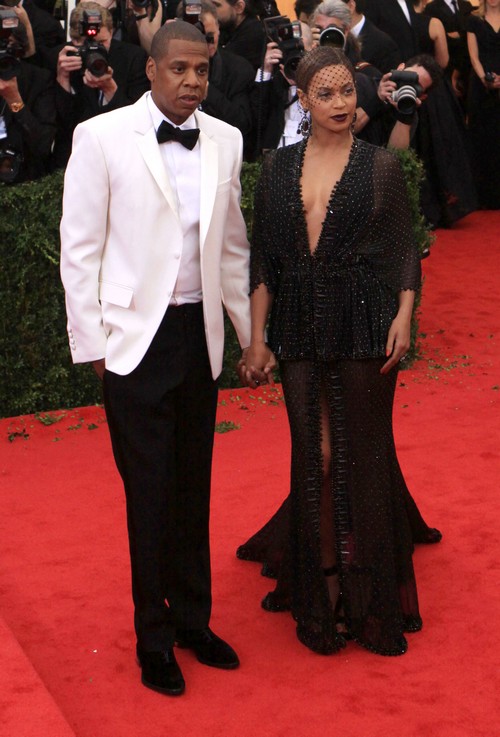 Beyonce and Jay-Z‘s marriage may be in trouble, but they were trying their best to pretend as though everything was perfect in public. But no matter how hard they worked at their PR, there are bounds to be cracks in the facade. One such crack happened during Beyonce’s performance of her song ‘Resentment’ while performing in Cincinnati, Ohio.

Leaked footage from the concert showed Beyonce changing the lyrics from, ‘Been riding with you for six years‘ to ‘Been riding with you for twelve years’. Fans are speculating that Beyonce was referring to her marriage to Jay-Z, who she got married to in 2002. She could have been referring to the fact that she stuck by him all those years, and in the end, she got left with nothing. Plus, she was wearing a wedding dress and veil for the song, so it’s pretty obvious that she was referencing Jay-Z in that single.She even changed up some of the following lyrics, singing, “I gotta look at her in her eyes and see she’s had half of me. She ain’t even half of me. That bitch will never be.”

Unlike the first set of lyrics, there’s no way to mistake these. Beyonce’s clearly referring to Rachel Roy and/or Jay-Z’s many other flings, and she’s telling Jay-Z that none of his little side pieces will ever be equal to her.

Queen B has spoken, and honestly, I’m surprised she’s done it so publicly. I guess she wanted to get back at Jay-Z for humiliating her, but was singing about it the best option?

What do you guys think? Was Beyonce referring to Jay-Z’s affairs in her song, and do you think the couple is headed for divorce? Let us know your thoughts in the comments below.