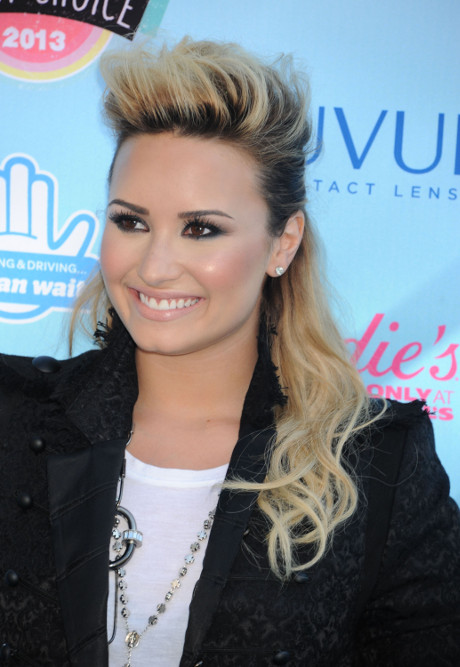 Selena Gomez is slowly alienating everybody in her life, including her friends, family, and people who have stood by her all these years. And all because of Justin Bieber. The latest friend to drop Selena from her circle of BFFs is Demi Lovato, who unfollowed Selena on Twitter and tweeted a cryptic, “Swimming away from the bullsh*t bye b*tch.”

Yeah, Demi was totally referring to Selena in that tweet. Plus, can you blame Demi for wanting to cut off contact with Selena? She went through years of substance abuse and rehab on her own, and she’s dealt with tons of health issues. She really doesn’t need to have any negative influences in her life right now, and Selena is nothing but a negative influence.

Sources also tell Hollywood Life [via Radar Online], “Demi tried to help Selena with her substance problems and also getting rid of Justin from her life and it is apparent Selena refused to listen to Demi’s advice. Demi doesn’t need any extra drama, she’s learned from her own recovery to lose the people that bring her down and Selena is too much of a headache.”

I think that’s a pretty common consensus right now, actually. People are sick and tired of Selena’s BS and thinks that she needs to get over herself. It would be fine if she admitted she had a problem and tried to deal with it, but instead, she’s trying to portray this good-girl image in the media and doing the complete opposite in private. She refuses to admit that she’s addicted to drugs [and Justin], and she thrives on drama. Why would that kind of person have any close friends?