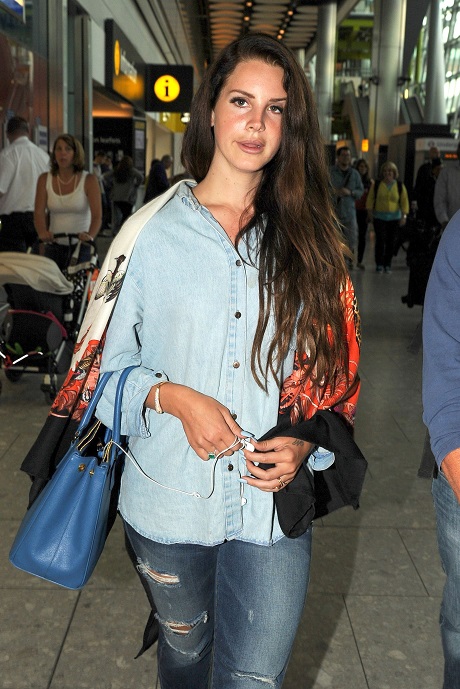 Lana Del Rey has been revealing increasingly dark facets to her personality over the past few weeks, and she continues that trend in an interview with Madame Figaro. Lana shocked the world by saying that she wished she ‘was dead already’, and she continues in that vein for this interview.

When asked whether she was happy with her success and the life she was living now, Lana revealed, “Not really. It is difficult to be happy, I always feel a kind of malaise, and I’m stuck, always expecting something. I am a little disorientated. When I finish something, I am very annoyed.”

She also claims that she ‘ceaselessly’ thinks about the death, and the idea of death. Is she just morbid or is this a sign of more serious issues? I mean, she gives off a lot of symptoms of having depression, but at the same time, she refuses to classify herself as much. Maudlin and melancholy, sure. Depressed? She won’t use the word, even though she claims that she spends large swaths of her time contemplating the meaning of life and how pointless everything is.

She also said [in the same interview], “I’ve always looked for signs in everything. I think ceaselessly of death, the concept of mortality is a vagueness that is constantly threatening. I find it to be heavy, crushing, really. What is the purpose? And what if there’s nothing after?”

To some extent, these are issues that everybody deals with. But at the same time, I don’t know if people dwell on this constantly. What is the point? We’re humans, we have a short life span, and we’re only going to be on this Earth for a set number of years. If we’re going to spend all that time second-guessing the reason we’re here in the first place, then it will be pointless.