Rob Kardashian Tweets About Celebrating Fourth Of July With Secret Son – Says It Was Joke! 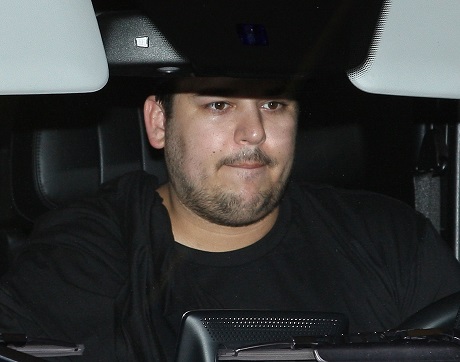 Rob Kardashian isn’t exactly known for his sense of humor, which is why it was so surprising to see him ‘joking’ about having a son on Twitter. He tweeted, “Happy I got my Son with me for the 4th tomorrow !! Can’t wait to watch fireworks with my little man ! Hope everyone is safe!”

Is this what passes for humor in Kardashian land? It’s not even funny or tongue-in-cheek, which makes me think that he might not have been joking after all. Yes, he’s currently single and doesn’t have a girlfriend, but that doesn’t mean that he couldn’t have had a secret child that he’s been covering up all this time. Plus, he did leave that tweet up for a few hours before taking it down, and if he made a mistake, he would have removed it asap, right?

He did later tweet [after removing the earlier tweet], “Those who know me know I play and I do NOT have a Son. Y’all got my mama emailing me asking if I have a son lol goodness haha. GOODnight.”

It’s heartwarming to know that he and his mother have such a close relationship that she wouldn’t have known about a secret child that he was harboring. I mean, I can’t blame him for hiding a child from Kris Jenner. That woman would only see $$$ signs in her eyes, and Rob has been through enough at the hands of his family to let his child go through the same thing.

Now, we’re acting like Rob’s child is actually a real thing. If I’m being brutally honest, I think Rob’s tweet was just an attention-whoring tweet, and he was just looking for a quick boost of publicity. I doubt he really does have a secret child that he’s been sequestering away for years.