Robin Thicke’s Marriage And New Album Both Tanking Big Time – Is His Career Over? 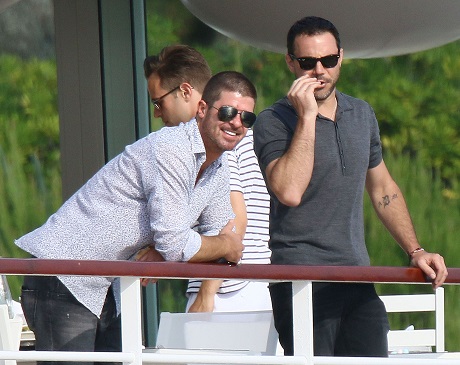 Hopefully Robin Thicke has better luck with his estranged wife Paula Patton than he is having with his record sales! The crooner’s recent album, dedicated to and named after Paula, has seen extremely low record sales its first week and the projections for future sales are dismal.

This is a drastic difference from Thicke’s Blurred Lines album which debuted last summer, selling 177,000 copies the first week. “Paula,” in contrast is set to sell only 25,000 units by July 6, and that is fairly optimistic, reports The Telegraph. Perhaps the explosion from Robin’s hit Blurred Lines was to blame for his confidence and belief that he could write and perform anything and remain on the top of the charts.

His newfound fame after last year’s hit may have also contributed to his already rocky union with Patton. Thicke had women all over him, everyone wanting a piece of him after the success of the song and album of the same name. His already large ego went into overdrive and he thought he could do and have whatever he wanted. Thicke is now finding out just how delusional he was.

Paula, meanwhile, has still not given into his overwrought pleading for her return, but Thicke has steadily kept his vigil for a reunion through countless performances where he tells anyone who will listen about his mistakes and his desire to have the love of his life back. Though Paula is unfazed, Thicke’s fans seem to have strong feelings about his album…and they are not good. Fans have referred to some of his songs and actions as creepy and stalker-ish.

Perhaps including one or two songs dedicated to Paula on the album would have made “Paula” far less sappy and awkward.
Robin is quickly finding out that he is no longer well-liked, and he is certainly not invisible. The only hope for his album to be a success will be if Paula finally relents and gives him another chance. From what critics are saying, that will surely be the only possible chance for success for this album.

Tell us what you think! Will Paula succumb to the constant pressure from Robin to reunite or will his sappy, pathetic attempts to win her back fall on deaf ears?