Karina Smirnoff Wants Maksim Chmerkovskiy Back – She’ll Be Waiting For Him After Jennifer Lopez Dumps Him! 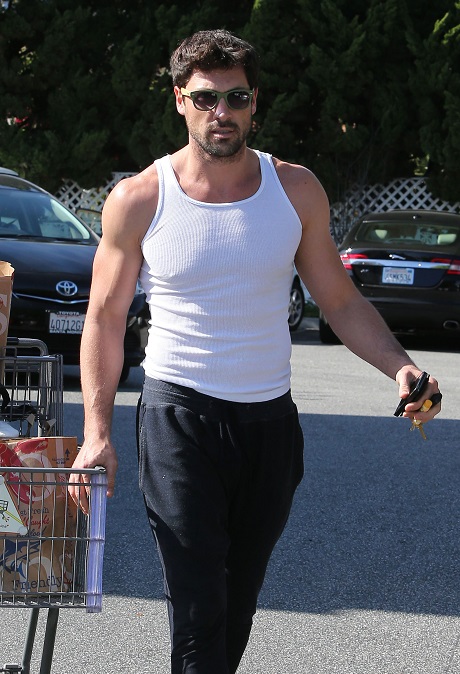 Breakups are tough and it’s even harder when you have to continue working with the person. Usually, one person will move on a bit better than the other and while Maksim Chmerkovskiy and Karina Smirnoff split 5 years ago, she’s still carrying a torch. Karina is one of those smart women that always seems to pick the wrong guy, but she believes that what she had with Maks was the real deal. So much so that, according to the July 14th print edition of Globe Magazine, she is praying that his fling with Jennifer Lopez burns out fast.

Shortly after denying that they were together, J Lo and Maks were spotted together in Connecticut getting awfully cozy. Karina figures that the duo is just having fun and that, ultimately, J Lo will end it before it gets even a little serious — and then she’ll be there to console Maks if he needs it. He has recently spoken about hitting an age where he is ready to settle down and apparently Karina is right there with him. So much so that she has actually had her eggs frozen so that if the real Mr. Right doesn’t turn up soon she can still be a mom.

Do you think that Maks and Karina will find their way back to each other? Could his romance with J Lo possibly be the real thing or is this just a hot hookup that will end as quickly as it began? Do you see Maks ever really settling down or is he going to be an eternal bachelor?