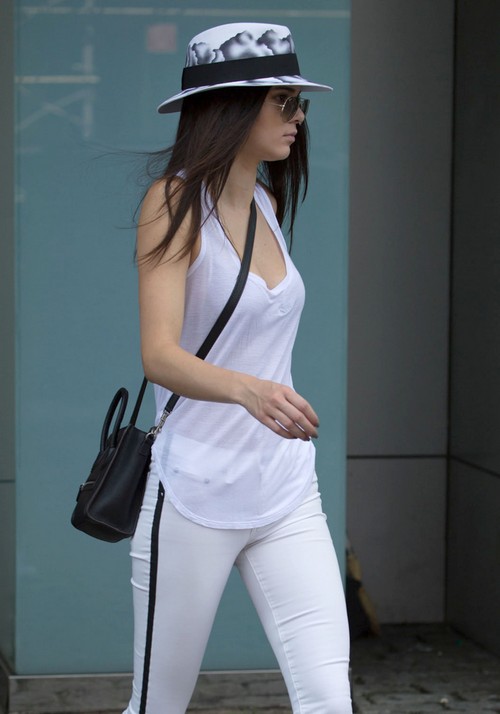 Apparently Kendall Jenner not only has a serious sense of entitlement but she also brings her snotty behavior into her friends’ homes!  Kylie Jenner is close friends with Jaden Smith and so on occasion Kendall has tagged along to his house to hang out as well. It seems that Kendall’s rudeness is not at all appreciated by Jada Pinkett Smith who was raised by a single mother and demands that her staff be treated well.

According to the July 14th print edition of Star Magazine after Kendall was overheard being very rude to Jada’s house keeper and that simply doesn’t fly in her home. Kylie was eventually told to deliver the message to her sister that she’s no longer welcome because of her bratty behavior. Remember a few years ago on Keeping Up With the Kardashian’s when Kendall seemed to be fairly grounded and tried to avoid the extravagance of her family? Well, those days sure seem to be gone.

Instead it looks like Kris Jenner has created yet another monster a’ la Kim Kardashian.  Do you think that Kendall was phased by Jada’s reaction to her and actually understood that her behavior leaves a bad taste? Or does she simply not care because in her mind most people would trip over themselves just to be acknowledged by her? I have to admit, after hearing about how laid back Jada’s parenting style is I would never have expected her to ban any of her kids’ friends from the house! I think I have a bit more respect for her now! What do you think about Jada’s reaction to Jada? Tell us in the comments below!