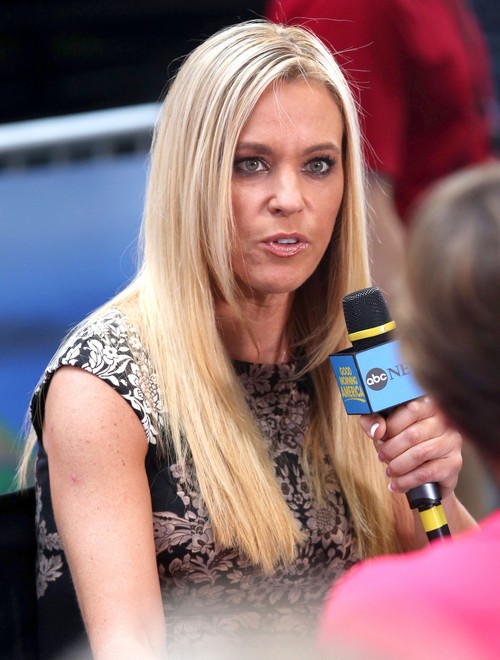 At this point, nothing Kate Gosselin does should be surprising. This is a woman that has endlessly pimped out her own children because of her own desire to get famous. She’s used them as her launchpad in Hollywood, and whenever her public profile stars flagging, she brings them out for a quick interview or picture-session on Twitter/Instagram.

So when a new report claims that Kate is secretly spying on her ex-husband Jon Gosselin‘s phone conversations with their children, none of us should be shocked by this. According to Radar Online, Kate gives strict edicts to the nanny to spy on the conversations, reportedly telling her, “ALWAYS listen with one ear to hear what they are saying. You are always my eyes and ears and need to report everything you see and hear!!!”

Kate also tells the nannies to limit the amount of time her children can spend on the phone with Jon, in addition to making sure that the remote for the front gate is not shared with him. Basically, she’s made Jon Gosselin a persona non grata in her home, and she’s made sure that her kids, her nannies, and everybody working with her understands that.

The vitriol isn’t surprising considering Kate’s history with her ex-husband, which has always been fraught with complications. She and Jon had a difficult divorce, and their issues with each other have been well publicized over the past few years – especially with Jon giving tell-all interviews to tabloids, and Kate leaking negative stories about him to the press.