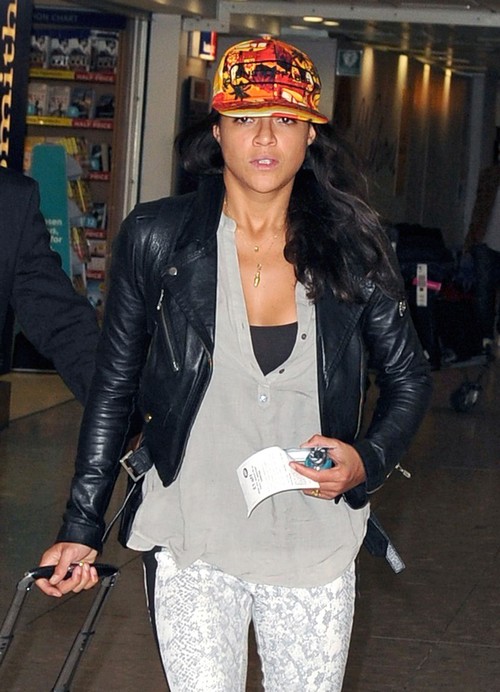 Michelle Rodriguez and Zac Efron were caught making out on a yacht this weekend, proving that they’re not just friends. Michelle is famously bisexual, having dated Cara Delevingne and gone on the record about it. Zac, on the other hand, seems to have an affinity for dating Latina women, since he’s previously dated Vanessa Hudgens.

Initially, Michelle and Zac were photographed on vacation together, along with a bunch of millionaires and billionaires. But since they weren’t holding hands or doing anything particularly coupley, the media didn’t assume anything was going on. However, then they were caught holding hands, being cuddly, and then making out. So – definitely dating, then?

I don’t think it’s a coincidence that the paps managed to get [very clear] pictures of Michelle and Zac making out, especially on a yacht. Unless they were getting tipped off and/or followed them all the way to into the waters, it’s possible that Zac and Michelle are using this as a PR boost. Zac needs all the good publicity he can get right now after the drug addiction stories, and a relationship is something that America always manages to latch on to exceptionally well. His fans will forget everything about his cocaine addiction, and instead focus on his dating life and his relationship with Michelle.

Now, there’s also a possibility that Zac and Michelle are just friends with benefits. They’re both pretty laissez-faire about their private lives, so that’s definitely an option.

What do you guys think? Are Zac and Michelle dating, or are they just hooking up on a casual basis? Let us know your thoughts in the comments below.