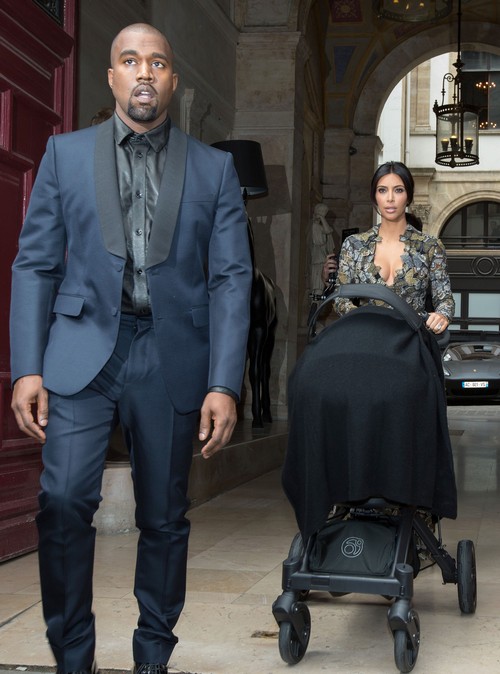 People have been making bets on how long Kanye West and Kim Kardashian would last, but I don’t think anyone guessed that a divorce would come quite this early. Of course, these are all just rumors, so take from them what you will.

According to Media Take Out, Kanye is selling the house that he and Kim were planning to move into, and moving to Paris. According to MTO’s source, “Kanye and Kim’s marriage is on the VERGE OF COLLAPSE — so says an EXTREMELY RELIABLE insider that’s close to Kim Kardashian. Kanye has decided he’s MOVING TO PARIS — without KIM!!!”

You know, I can actually believe this story. Kanye loves Paris, and he loves Ricardo Tisci, his BFF fashion designer who lives in Paris. He travels to Paris more often than he spends at home with his wife and child, so why not make the move permanent? This way, he can stay in Paris and then travel to Los Angeles whenever he feels like. Plus, I have a feeling Kanye got cold feet about moving in with Kim after he saw how demanding she was – not to mention the fact that he would actually have to spend time with North West, not just pop in and take photos with her for Instagram purposes.

There’s also the issue that Kanye’s already spent $11 million on renovations for the house. Why would he sell it before he even got to enjoy the fruits of his labor? Because he doesn’t want to live with Kim anymore, plain and simple.