Lisa Rinna Joining the Cast of The Real Housewive’s of Beverly Hills? 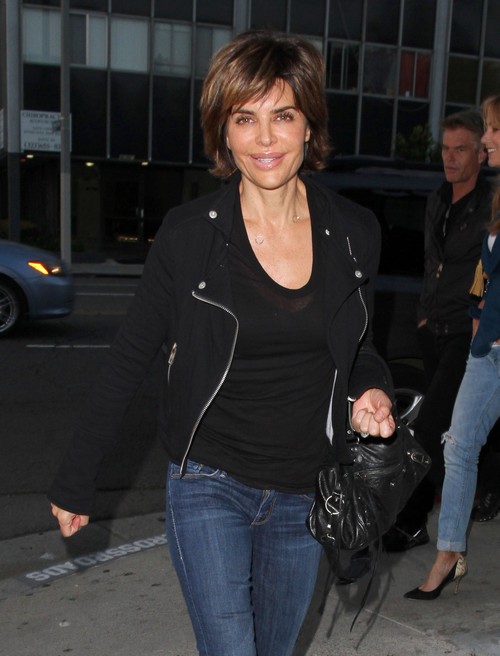 The powers-that-be over at Bravo knew that they had to do something to shake up the cast of The Real Housewive’s of Beverly Hills after last seasons’ new hires completely tanked and ratings dropped. Bravo has Camille Grammer and Adrienne Maloof both returning on a recurring status and it’s no secret that the network has been looking for new blood to add to the mix. Rumor has it that Lisa Rinna is very likely to snag a regular part on the show.You guys know who Lisa is, right? She started off on Days Of Our Lives way back when and has since done everything from Melrose Place to Dancing With the Stars and Celebrity Apprentice. She is married to Harry Hamlin and has two daughters and a boutique called Belle Grey. In other words, she’s a successful businesswoman and a star in her own right. That kind of makes her the perfect choice to join the cast.

Lisa was already filmed at Kyle Richards annual white party and the producers absolutely loved her. The other ladies, not so much. They feel the pressure of someone like Lisa joining their ranks and supposedly Brandi Glanville liked her the least. Probably because Lisa has the hot hubby, kids, house and happy life that Brandi is still chasing after. Supposedly Brandi even owns up to her jealousy but we have seen how she handles women that she doesn’t like and it’s never pretty, right? Do you think that Lisa will be a great addition to the cast? Tell us your thoughts in the comments below!