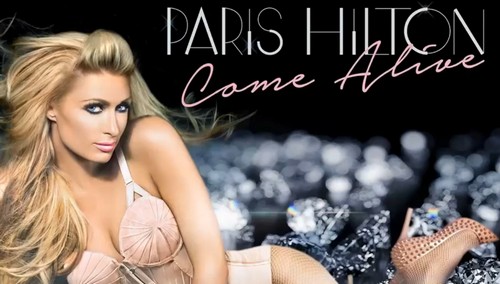 Just yesterday we were talking about Paris Hilton and how she has spent the last year working on some new music and then, tah-dah- here it is. Come Alive is the first single that Hilton has dropped in years and she is super excited about the direction that her music career is going in. Since signing with Cash Money Paris has enjoyed getting back into the studio and says that her next full release will feature the work of Flo Rida, LMFAO and Lil Wayne. In the meantime her fans will get to enjoy Come Alive and they can also help to turn it into a big club hit by getting the word out and sharing the official You Tube clip.

No wonder Paris was in such great spirits over the holiday weekend. She realized that right around the corner was the release of her latest song! Paris was spotted barbequing in Malibu with her sister Nicky Hilton. The two were also seen out and about hitting up some of the local shops like Sephora. Girlfriend must have been full of excitement just waiting for this day to roll around, right?

Are you glad that Paris is back with a new track? Do you like her musical stylings or do you prefer her to pop up on reality television instead. Actually, why choose when we already know that she can do both, right?  As of now Paris seems to have left her television career in the dust but do you think that she’ll return if the right project comes along? Should she or is she better off focusing on her music? Tell us your thoughts in the comments below!