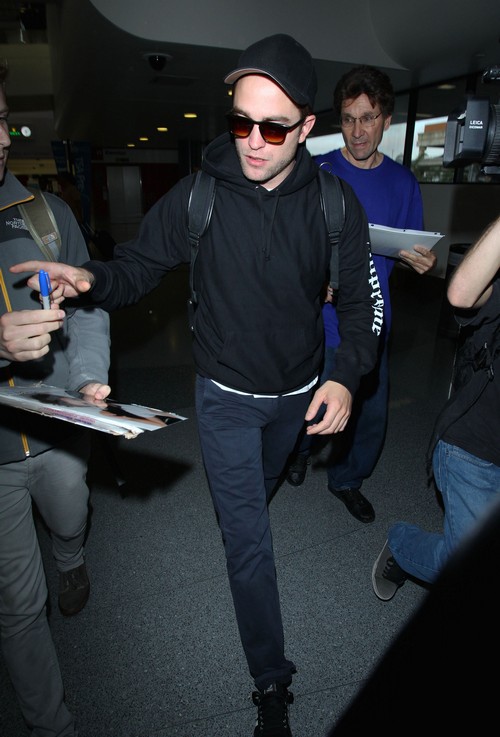 Robert Pattinson may have hooked up with Imogen Kerr, Katy Perry, Kristen Stewart, Dylan Penn, and Riley Keough [just to name a few] over the past few months, but he’s still single. According to reports, Rob was actively seeking a girlfriend/hookup during the July 4th weekend. He apparently hit up several industry parties that are infamous for hosting tons and tons of scantily clad women, and he was spotted flirting with several model-types. In fact, some reports even claim that he was never not surrounded by women at these parties, which makes sense considering his Hollywood status and all.

However, this gives us a different view on all those Katy Perry stories, doesn’t it? So much for Rob wanting to date Katy Perry or any one of the numerous women he was linked to. Clearly, he’s still having fun and wants to continue to have fun without any serious commitments. The poor guy is still smarting from the way his last relationship ended, for which we can’t blame him. How many people can say that their ex-girlfriend cheated on them and humiliated them in front of the whole world? Those Rupert Sanders pictures are still on the Internet for the whole world to see, and I don’t think Rob’s going to recover from that whole scandal so quickly. He was with Kristen for four years, and it’s only been a year and a half since they broke up for good.

So if Rob’s method for dealing with it is to attend sleazy LA parties and get together with models, so be it. At least Twi-hards finally have proof that #RobstenUnbroken is never, ever going to happen again.