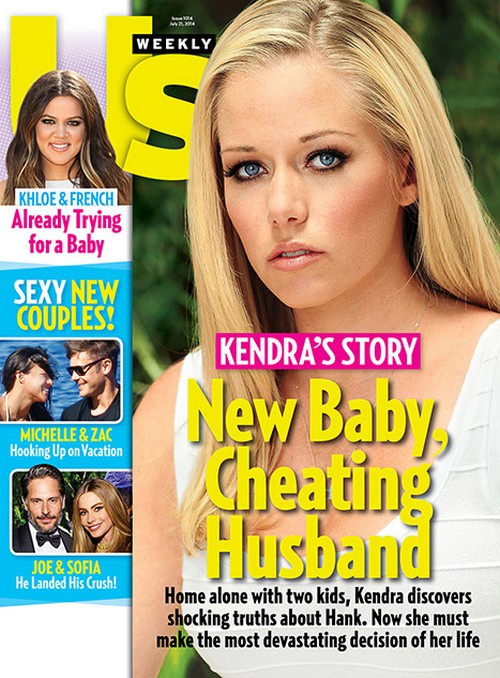 I’m guessing that Kendra Wilkinson was expecting to have a pretty good summer after welcoming her new daughter with Hank Baskett. She probably figured she would be adjusting to life as a mother of two and not contemplating divorce. Instead, after finding out that Hank hooked up with a transgendered model while she was pregnant Kendra has found herself pushed to the brink. Even if she can forgive him how is she ever going to hit another red carpet with Hank without being totally mortified?Luckily Kendra has a lot of friends to lean on, including Hugh Hefner. According to the July 21st print edition of US Weekly the businessman has reached out to the blonde bombshell recently. The two have been speaking often and Hef has once again opened up the Playboy Mansion to Kendra if she wants to spend some time there. Remember she appeared on The Girls Next Door while dating Hef from 2004-2008.  Kendra and Hef have always had a genuine connection so it makes sense for him to reach out to her right now.

Could Khloe Kardashian actually be trying to have a baby with French Montana? According to US that is exactly the case! Apparently Khloe has ignored all of the warnings of French’s current wife and most recent girlfriend because she thinks that he is a great guy. I guess she is ignoring the fact that he isn’t taking care of his young son that already exists or else this is another situation where Khloe thinks it will be different for her.  I’m pretty sure that she needs to take those blinders off and take a good hard look at the guy that she’s curling up with, don’t you think? Tell us in the comments below!