Britney Spears And David Lucado To Get Married On Thanksgiving 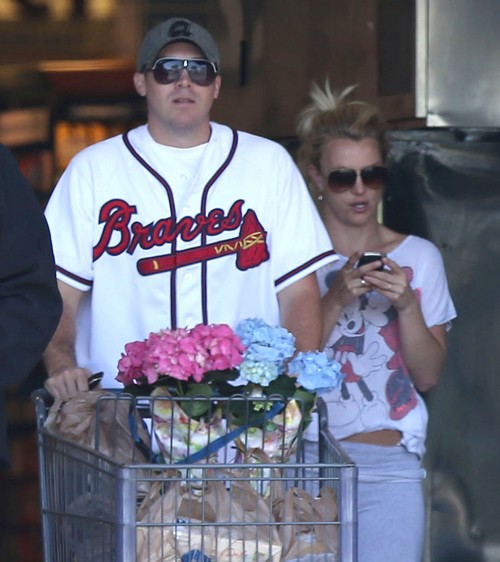 Britney Spears and her boyfriend David Lucado have been taking it slow by Britney’s usual standards. Understandably, Britney’s older and has a lot of advisers around her, and they’ve probably dissuaded her against a shotgun Vegas wedding this time around. However, a new report from the National Enquirer states that Britney is finally sure that David is the ‘one’, and that she wants to marry him – sooner rather than later.

Apparently, she’s determined to have a ‘proper’ wedding this time, and as such, the pair have already begun planning their nuptials. Britney and David want to get married around Thanksgiving, with the Enquirer’s sources adding, “Britney is already checking out St. Helena Catholic Church in Amite City, La., close to her hometown of Kentwood. She wants the white gown, the church and to be surrounded by family and loved ones.”

Now, even though Britney seems certain about David’s intentions, I have a feeling that her family isn’t so keen on it. Her father still has conservatorship of her right now, but he might be wary about letting another man take over that duty – especially a man that they haven’t known that long. Britney and David have only been together for a year and a half, which is more than most of Britney’s past relationships but not enough time to really see through David’s intentions. Is he just trying to get to Britney’s money? Is he using her for his own goals? Or does he truly love her?

To his credit, David does seem fairly low-key, especially compared to the likes of Kevin Federline. However, if this Thanksgiving wedding does take place, we’ll probably get a better idea of his true colors after that.