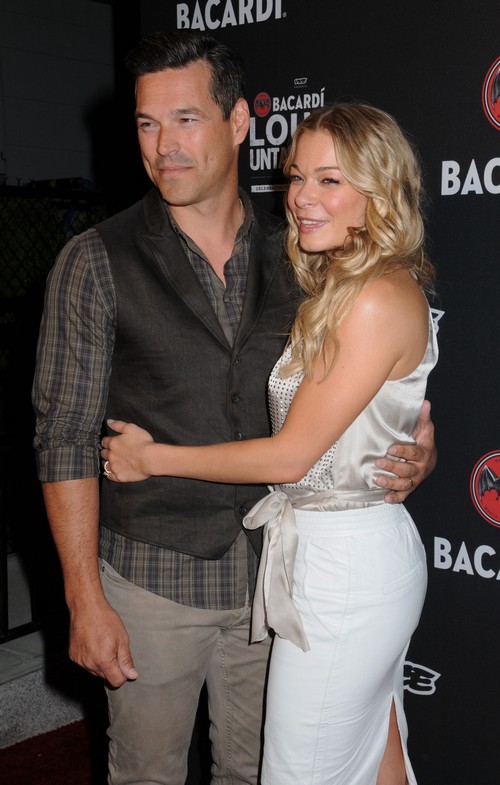 Eddie Cibrian and LeAnn Rimes are in the process of filming their reality show, but a new report from Life & Style suggests that their marriage is taking a toll because of LeAnn’s behavior.

Apparently, Eddie is ‘humiliated‘ by LeAnn’s behavior on the show, which reportedly includes ‘drunken tirades, crude behavior, and inappropriate talk in front of the children’. Plus, there’s a hilarious story about how LeAnn wafts her farts towards him in bed, but apparently Eddie doesn’t want that kind of un-ladylike behavior near him.

Life & Style’s source also adds, “It’s nearly broken them up. LeAnn’s been telling friends that Eddie didn’t approve of her behavior on the show. He doesn’t even want to promote it.”

Yeah, I could see this happening. LeAnn is trying to increase her outrageous behavior on the show to get more publicity, and Eddie is slinking away in humiliation and embarrassment. He probably only agreed to this show to appease LeAnn and get some money, whereas LeAnn sees it as her ticket to everlasting fame and fortune – and a way to stick it to Brandi Glanville.

In the end, I’m sure LeAnn and Eddie will milk their disagreements on the show for all their worth. All these divorce rumors will start to spiral out of control once the show starts to air, as a way to get more people to tune in. But LeAnn and Eddie know what they’re doing, and they know exactly how to play this to maximize media coverage. Don’t forget, they’re pros at famewhoring.