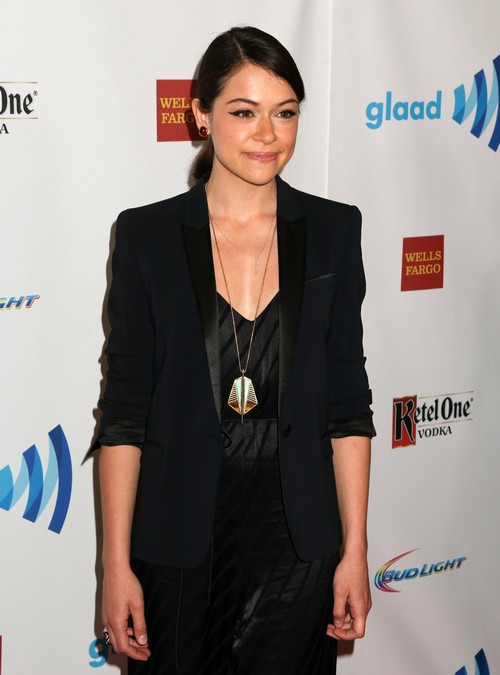 Orphan Black‘s Tatiana Maslany continues to get snubbed by Emmy voters, despite her numerous Critics Choice awards and her Golden Globe nomination. See Emmy voters: even the Hollywood Foreign Press Association is ahead of you.

The primary reason seems to be that not enough people have heard about Orphan Black, even though you’d think that the buzz around Tatiana’s performance would be enough to get people to tune in. She plays 10 different clones on her show, and each of those characters is fully realized and developed  – tell me someone else who does what she does! But even that isn’t enough to garner her a nomination, even though most Emmy analysts had her slotted in their predictions.Instead, the lead actress nominees for Best Drama – Television are Julianne Marguiles for The Good Wife, Kerry Washington for Scandal, Lizzy Caplan for Masters of Sex, Robin Wright for House of Cards, Claire Danes for Homeland, and Michelle Dockery for Downton Abbey. Basically, these are pretty much the same nominees as last year, despite the fact that both Downton Abbey and Homeland have vastly reduced in quality this season. But since the Emmy voters seem to be voting on recognition rather than talent, I guess the list makes sense.

Even the show itself is getting in on the mix, with the Orphan Black twitter handle tweeting, “Next year, #CloneClub. #EmmyForMaslany.”

We can only hope that the Emmy voters see all this controversy and finally watch Orphan Black. Maybe by next season’s Emmy nominations, enough voters will have watched the show to give Tatiana her due nomination.