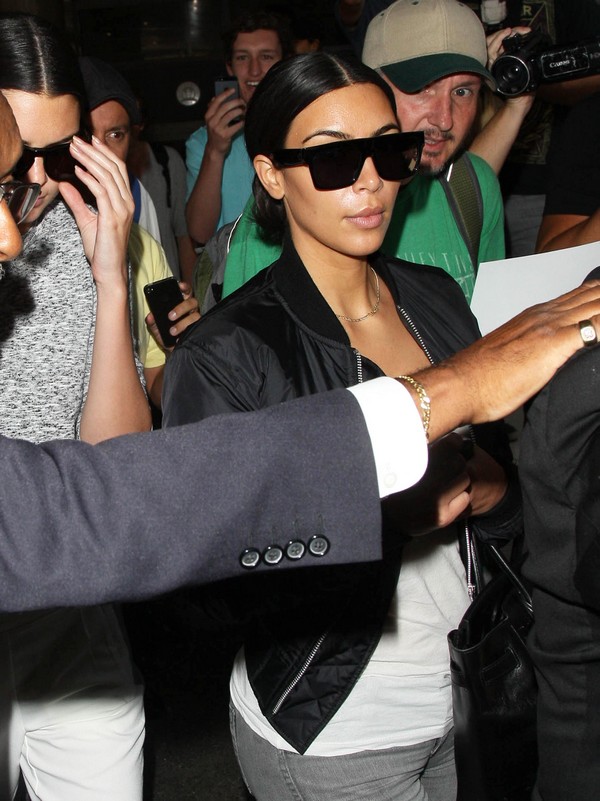 Kim Kardashian, our genius reality star, continues spewing gems of idiocy from her mouth in every interview she gives. I guess we can’t blame her, since her education and media training were all focused on becoming as famous as possible, not making sense or being politically correct.

In her latest trainwreck of an interview, Kim gave her thoughts about motherhood, explaining, “I recommend hiding for a good year and having no pregnancy style. That’s what I recommend. If you can do it, hide. Never leave the house.”

Just because Kim got ridiculed for her weight gain and her horrible pregnancy style, it doesn’t mean that everyone else will. In fact, most celebrities are never humiliated in the tabloids during their pregnancy, and while I hate to say this about any pregnant women, Kim deserved the press attention she got. Sure, the media was cruel and went overboard on several occasions, but Kim’s the one that invited all that attention. She’s the one who built the focus on her appearance, so when that appearance went to shit – of course the press noticed!

Of course, Kim’s never been able to separate her personal experiences from those of her peers, considering that in her mind, her world revolves only around her. She got made fun of – thus, everyone should stay home. That is her response to everything – when something’s not working, it’s other people’s fault. Instead of saying ignore them, or looking on the positive side of things, she wants to stay at home and avoid her best friends, a.k.a. the paparazzi. Well, that’s what happens when you use the paparazzi and media to get famous. Eventually, they will turn on you.