David Duchovny and Tea Leoni Giving Their Marriage Another Try 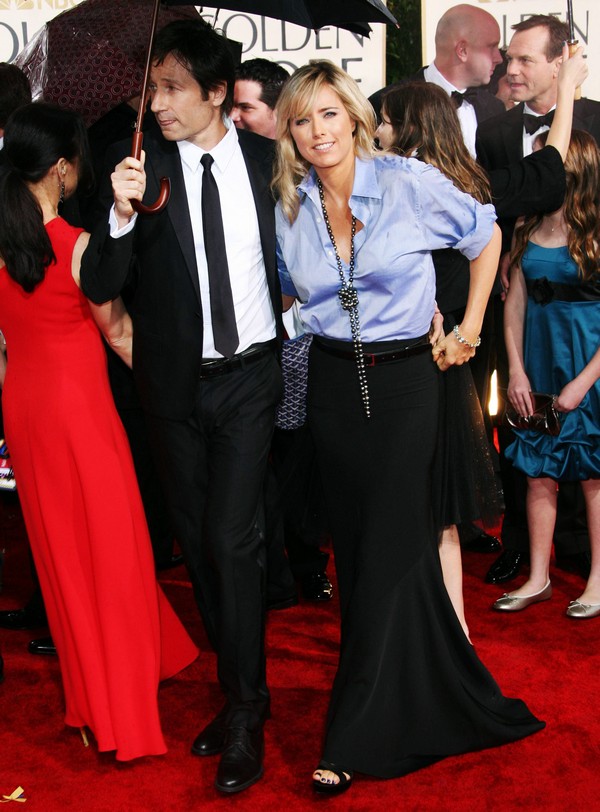 It has been 6 years since David Duchovny first admitted that he is a sex addict and checked himself into rehab and while he and Tea Leoni have lived very separate lives, they’ve never actually divorced.  The couple has spent the majority of their time apart since 2011, with David at one point confirming that the marriage had been put to rest. At least that was the status of things until recently. According to the July 21st print edition of The National Enquirer the couple has been taking steps towards putting their family back together again.David and Tea recently spent time in Malibu on the beach with their two kids and everyone seemed to be really happy to be together. The duo was super affectionate causing spectators to believe that they are most definitely back together. Apparently Madelaine and Kyd, the couples’ two children have been campaigning for a reconciliation ever since their parents first split up.

Obviously there is something left unfinished between them because they have never divorced. Normally a relationship that is really over with will leave both parties wanting the finality of a divorce so that they are legally free to move on. That hasn’t been the case here, they have left the door open to ultimately reconciling and living under the same roof again. Up until now it was assumed that David might have actually gotten together with his former X-Files co-star, Gillian Anderson. Do you think that there was any truth to those rumors or do the friends like to play with the fans that really want to see them romantically linked? Tell us your thoughts in the comments below!