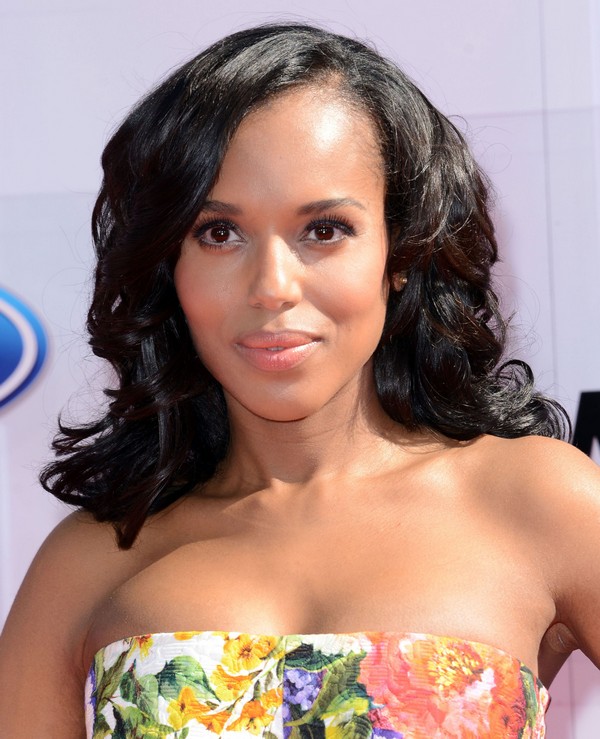 Kerry Washington is probably one of the tiniest women on television. Even while pregnant the actress was itty bitty with a basketball sized bump. Throughout the majority of her pregnancy Kerry kept plugging, filming her hit show Scandal, but the powers-that-be decided to cut season three a few episodes short in order to accommodate her due date. It’s the kind of grace that is rarely extended in Hollywood and Kerry knows it so she feels an extra bit of gratitude to the show.When Kerry turned up on the red carpet in late June at the BET Awards she looked like she had never been pregnant let alone the fact that her daughter was only 8 weeks old. When asked how she dropped 30 pounds so fast Kerry pointed out that she had to because she needs to return to the set of Scandal soon. According to the July 21st print edition of The National Enquirer Kerry’s closest friends are worried about what measures she may have taken to get back into shape.  The actress was thought to have beaten bulimia back in college but there are fears that the stress of a new baby combined with the pressure of work could have caused her to slip back into her old ways.

Often times with your first child the weight does kind of fall off. Do you think that Kerry has just gotten very lucky or do you think that she has resorted to some drastic ways to get rid of those extra pounds? Has the stress of her life caused Kerry to control the one thing that she absolutely can, her weight? Tell us your thoughts in the comments below!