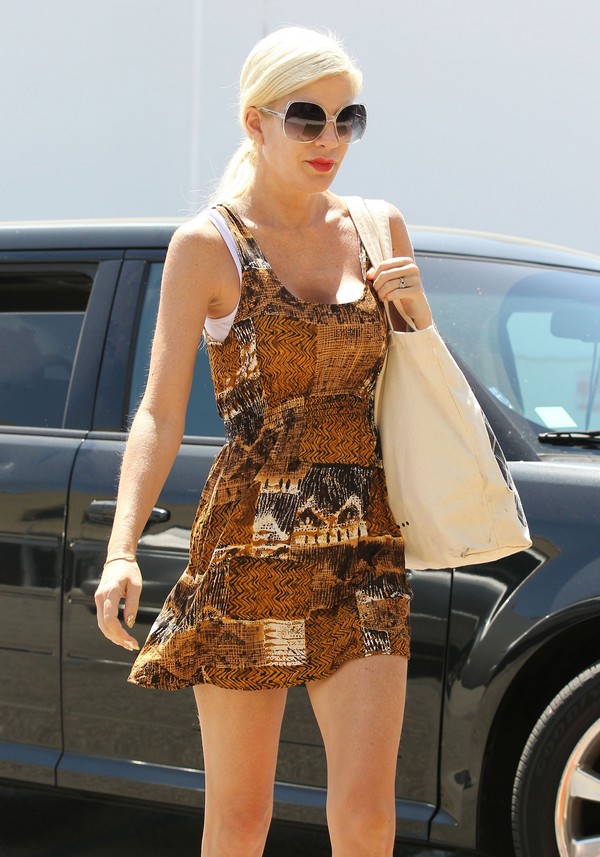 If you think back to Tori Spelling back in the days of 90210 she was always photographed with her tv mogul father, Aaron Spelling and she appeared to be the apple of his eye. She was definitely daddy’s girl but he sure wasn’t stupid, even on his deathbed. When Aaron died back in 2006 Tori raised a bit of hell upon finding out that she was only receiving $800,000 of his $500,000 million fortune!  According to the July 21st print edition of Globe Magazine Candy Spelling has decided to explain why her daughter was snubbed.Basically girlfriend did it to herself by burning through her father’s money with lavish spending sprees while he was alive. Candy claims that Tori would call a store in advance to get them to close it down so that she could shop in private. She would then drop $50,000 in mere minutes on nonsense. Obviously this is the crazy kind of spending that Tori has admitted to having even while married to Dean McDermott. She knows that they do not have the huge budget that she was raised with but it doesn’t matter, she still overspends and then cries poverty.

If Aaron had left his whole estate to her how long do you think that it would have taken Tori to burn through it? If a typical shopping trip is $50,000 and we know that she loves to shop, just wow. Ironically, just days after talking on camera about having no money Tori reportedly spent 6 grand on her daughter Stella’s birthday party!  Was her father right to leave her only a smidgen of his fortune? Tell us your thoughts in the comments below!