LeAnn Rimes Claims Brandi Glanville Feud Is ‘One-Sided’ – Denies Her Role Even Though She Starts Most Fights! 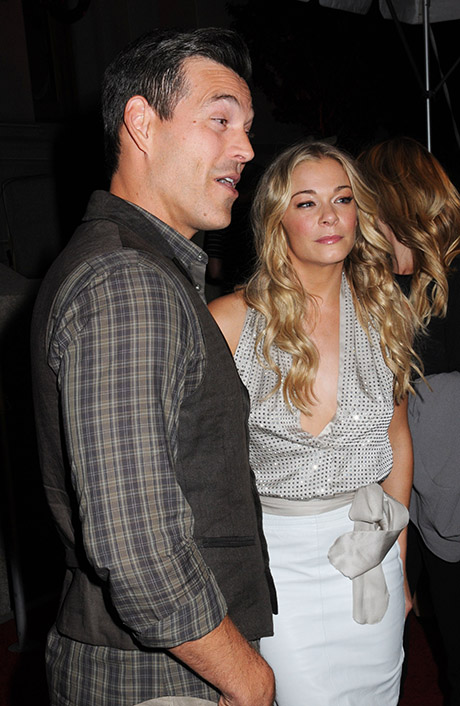 LeAnn Rimes and Brandi Glanville have been embroiled in a feud for a long time, but LeAnn is now claiming that the feud is ‘one-sided’.

She and her husband Eddie Cibrian spoke to Ryan Seacrest earlier this week to promote their new VH1 reality show, and LeAnn discussed her feud with Brandi, explaining , “It’s a very one-sided feud. [Brandi’s] been fighting with herself for a long time. I keep my mouth very shut about a lot of things, and there comes a time when I do have to stand up for myself. Trust me, I ignore things way more than I probably should or could have. I could have gone absolutely nuts, but I don’t want to do that.”

Tell that to her Twitter account, which still has evidence that this feud is decidedly NOT one-sided. If anything, LeAnn has been the instigator more than she has been the victim, and she’s often the person to re-ignite the feud with jabbing tweets and comments about and towards Brandi.

Also, there hasn’t been a single incident where Brandi has said something where LeAnn has kept her ‘mouth shut’. It’s actually the other way around, where Brandi has tried to stay out of the feud recently, which is probably why its died down so much. This is clearly LeAnn’s way of pretending as though she’s the bigger person, but anybody that’s been following her for the past year knows different.

Now, I’m not defending either of them, but they’re both equally to blame for this feud. LeAnn can pretend as though she’s the one who backed off and she’s the one who stopped needling Brandi, but she’s shown us her true colors a long, long time ago in that arena.