LeAnn Rimes And Eddie Cibrian Make The Move Into Reality Television: What To Expect? 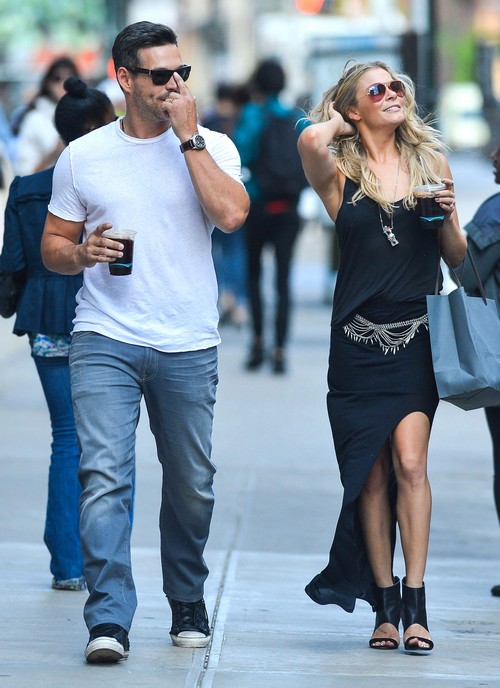 LeAnn Rimes and Eddie Cibrian are going full-steam ahead with their reality show, which will be airing on VH1. They both appeared at the TCA summer conference, and spoke to critics over their show.

They revealed that they would be keeping their two children out of the show, and that they also wouldn’t involve Eddie’s ex, Brandi Glanville. However, LeAnn did add, “We do discuss Eddie’s ex-wife when it needed to be discussed. You can’t really do a show without talking about that.” Basically, expect LeAnn to make cutting remarks about Brandi every other episode, which is also fairly true to real life. Only instead of Twitter, they’ll be aired on television.

Eddie also explains that this reality show will serve as their answer to all the tabloid gossip, explaining, “Everyone has used our lives as entertainment, and so we wanted to actually kind of take our life back and have fun with our story.” Right. And I’m sure that when their inevitable fighting on the reality show begins, the tabloids won’t be involved AT ALL. No, Eddie and LeAnn would never battle over who gets to call US Weekly first, and leak the news about their ‘divorce’.

And trust me, both Eddie and LeAnn are well prepared to get a divorce if their show doesn’t do well. LeAnn even hints at that when she doesn’t rule out the possibility, explaining, “It seems to happen. Maybe we will beat it. Maybe we won’t.”

Basically, if the show does well and they can capitalize and monetize on their marriage, they’ll stay together. If it doesn’t, they have no reason to stay together, and they’ll get a divorce.

What do you guys think? Will you be tuning into LeAnn’s and Eddie’s VH1 show? Let us know your thoughts in the comments below.