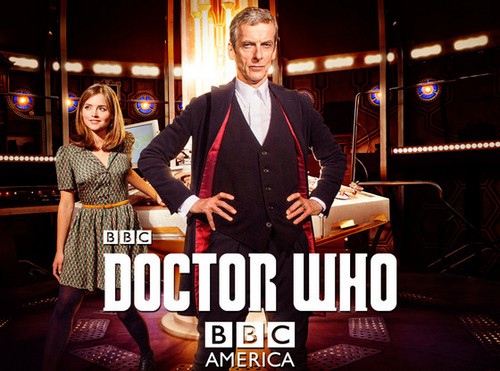 The first full-length trailer for the 8th season of Doctor Who has been released, revealing tidbits of Daleks, dinosaurs, explosions, and a much darker tone than previous Doctor Who seasons.

Some of the quotes from the trailer definitely hint to a darker tone, especially Clara’s, “I don’t think I know who the Doctor is anymore.”

There’s also another exchange between Clara [Jenna Coleman] and the Doctor [Peter Capaldi] that’s sure to leave fans in a tizzy. As the Doctor says, “I’m the Doctor, I’ve lived for over 2,000 years. I’ve made many mistakes and it’s about time I did something about that.” Clara then asks, “Where are we going?”

The Doctor’s reply: “Into Darkness.”

Dunn dunn dunn! This trailer definitely does a great job of increasing anticipation for the show, as if Whovians weren’t already freaking out about the new season. Considering the gigantic fandom for the show and the enduring popularity, there’s no denying that Doctor Who continues to remain BBC’s staple program. However, the show’s been going on for so long that the writers probably feel a big pressure to mix things up, which could explain the darker-than-normal tone of this trailer.

It could also be a giant misdirect, and they could have just chosen the darkest parts of the season to trick fans. Granted, Doctor Who has always had a great mix of humor and emotion, but they’ve never quite sunk into darkness the way they seem to in this trailer. And Clara’s words aren’t exactly reassuring, nor do they point to a happy relationship between Clara and the Doctor during this season.

What do you guys think? Are you excited for the eight season? Did you like the trailer? Let us know your thoughts in the comments below.