Lana Del Rey Says She Feels Crazy In Rolling Stone Interview – Not Long After Admitting She Wants To Die! 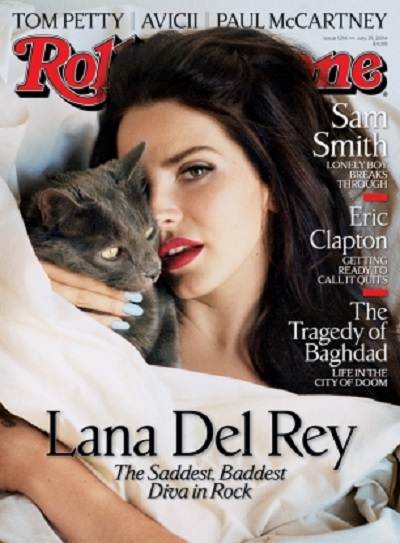 Does Lana Del Rey need professional help? Just weeks ago, she admitted that she wishes she was dead already, and now she’s saying that she ‘feels crazy’. Lana covers the latest issue of Rolling Stones Magazine, and she gives some concerning statements in the accompanying interview. She reportedly said, “I feel f**king crazy. But, I don’t think I am. People make me feel crazy.”

See, she says things like this and then backtracks on them immediately. She’s already going back on her Telegraph comments where she said that she wishes she was dead. Addressing the controversy created from that interview, she claimed that she was asked leading questions by the reporter. However, she now adds, “I find that most people I meet figure I kind of want to kill myself anyway. So, it comes up every time.”

Well, of course people assume she wants to kill herself when she keeps bringing it up in interviews. The Telegraph isn’t some dinky tabloid outlet that makes things up on the fly; they’re a legitimate UK newspaper. Even if they asked leading questions, there’s a reason that Lana clearly started that she wished she was dead already. That isn’t the kind of answer to come from a leading question, no matter what Lana wants us to think.

Obviously, she’s very wary of the press and media – and become even more so in recent weeks – but at the same time, she’s agreeing to cover major magazines like Rolling Stone. She can’t have it both ways, and someone should tell her that. If she truly hates doing interviews and getting publicity, then she should retire and go become a farmer. Nobody would begrudge her the time alone, especially not after her recent statements.