Delusional LeAnn Rimes Declares Herself to Be A Real Housewife 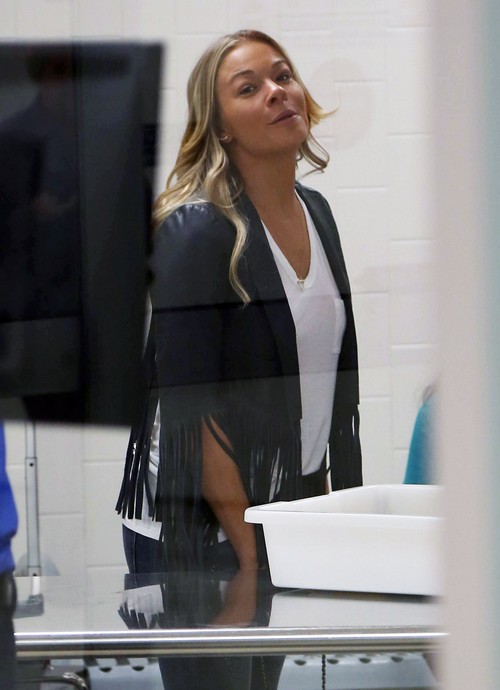 LeAnn Rimes needs to stop talking. Seriously, honey just shut your mouth. While doing publicity for her new reality show, LeAnn and Eddie girlfriend decided to take a shot at Eddie’s ex, Brandi Glanville by declaring herself to be the real housewife.  I love how LeAnn says that she is finished feuding with Brandi but then takes every opportunity to slight her. Anyway, in an interview with USA Today LeAnn rambled on about how she does housewifey things like spending hours in the grocery store and cooking dinner.If cooking dinner makes you a housewife then guess what, Brandi is still one even without a man because she is always shown in the kitchen on RHOBH cooking for her kids and even the other ladies! As usual this is just LeAnn’s attempt at showing us all how normal she is- except that most of us don’t think we need a medal for cooking a meal. LeAnn also mentions needing to pour herself that wine before cooking, do you think that it helps her endeavors? Are you guys as tired of LeAnn as I am? Is her ongoing insultfest with Brandi beyond old to you too?  LeAnn can say whatever she wants but Brandi’s career has been on the rise while even a reality show can’t help the sinking ship that is LeAnn and Eddie!

Speaking of, did you catch the first episode of that mess? It was all about them slamming the press rather than giving us a look at their lives and who they actually are. Just more propaganda by LeAnn to try and save face in the press and as usual, it’s an epic fail!  What are your thoughts on LeAnn at this point? Tell us in the comments below!