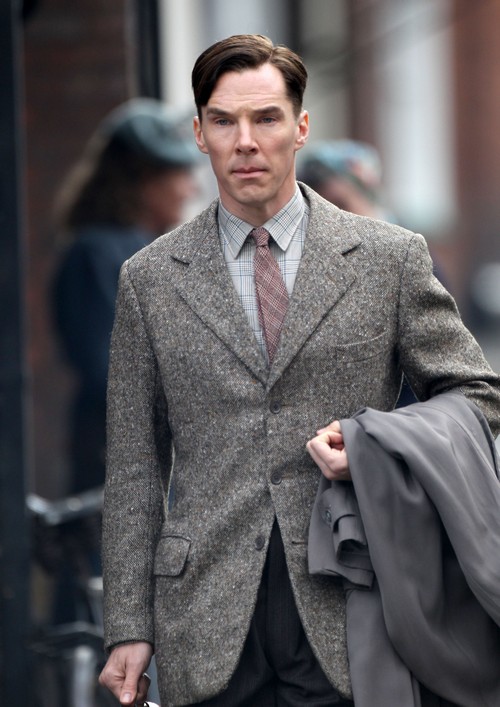 The Imitation Game‘s trailer debuted today to much Oscar buzz, to the surprise of absolutely no one. The movie’s screenplay topped the Black List two years ago, with Leonardo DiCaprio initially attached to play the lead role of Alan Turing. However, Leo dropped out, paving the way for Benedict Cumberbatch to sign on. The film’s got a stellar cast in Benedict, Keira Knightley, Mark Strong, Charles Dance, and Matthew Goode.

The trailer reveals quite a lot about the story, but then again, it is based on a historical figure and adapted from a biography. Even though Alan Turing‘s name has been lost in the history books after so many years, many people remember that he is considered the creator of the world’s first computer. He built the first prototype of the ‘computer’, which was used to crack the German’s Enigma Machine, which in turn allowed the Allies to crack the German’s encrypted messages and launch D-Day.

It’s heavy subject matter, and Benedict’s clearly never been better. He carries himself differently, and he’s put on a very distinct accent. Plus, he’s got a fantastic script, great dialogue, and strong supporting performances to back up his role. Since the movie was acquired by the Weinstein company, the buzz is already building. The trailer only confirms that Benedict and the film are locks for an Oscar nomination, barring some catastrophic circumstance in which the movie doesn’t release on time.

The Imitation Game will go into limited release towards the beginning of November, and will no doubt expand within the next few weeks.