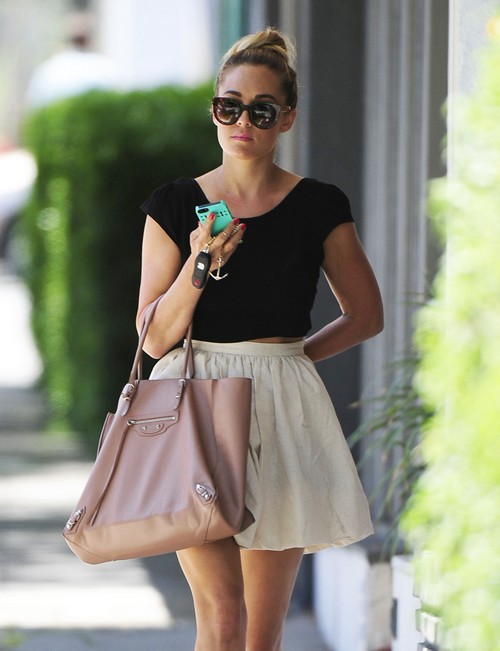 I highly doubt that Lauren Conrad considers herself a “highly regular” woman and that is probably why she is now feuding with Allure Magazine. In a recent article the mag features four stereotypical kinds of women- the street stylist, Bohemian type and of course just basic. As an example of the basic woman they featured a pic of LC and then went on to describe her as,

“Made famous by Kreayshawn, and viral by YouTube, the Basic woman is remarkably unremarkable. What’s noteworthy about her style is its very plainness. Except to her. She swears those red soled shoes are cutting-edge.”

Conrad seems to pick her battles but she has never been one to ignore a clear cut insult so she took to her Twitter and posted,

Ironically enough, not too long ago Allure posted a piece on beauty lessons learned by Conrad and she was also their April cover girl! My guess is that she never saw this insult coming, especially since the mag has always treated her so well up until now. I guess here is the real question- is LC basic? Sure she likes her neutral shades and classic lines but does that make her too boring? Are you a fan of the designers’ style and clothing or do you agree that her look could use a reboot? Tell us in the comments below!