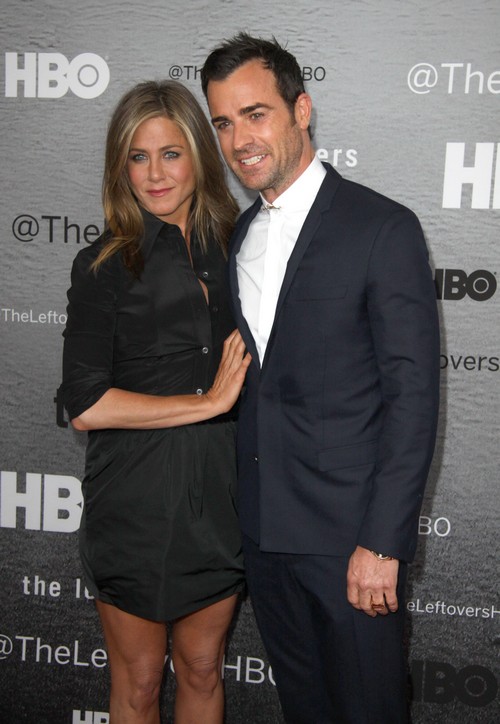 Jennifer Aniston and Justin Theroux may be trying to front like their relationship is all sunshine and rainbows, but the tabloids are refusing to let up on their reporting. A new report from Grazia claims that Justin and Jennifer are once again having issues, this time because Justin’s getting too close to Liv Tyler, his co-star on The Leftovers.

Grazia’s source explains, “Liv and Justin get on like a house on fire, a fact that has left Justin’s fiancée Jennifer feeling slightly irritated.” Apparently, the fact that Justin and Liv are both laid-back whereas Jennifer is supposedly uptight is a bone of contention with them. Plus, the source also adds that Jennifer is very ‘mainstream’ whereas Justin and Liv both value the more simple things in life.

Is it just me, or does this writer really want Justin and Liv to get together? Don’t people say ‘opposites attract’ for a reason? Even if Jennifer and Justin are extremely different people, there’s a reason that they’ve been dating this long. Whether it’s for a career boost or because they genuinely like each other, they’ve stayed together for more than three years. There’s no way they’re going to break up after putting in that much work, even if Jennifer is supposedly jealous of Justin’s relationship with his co-star. Plus, she’s an actor and she knows that on-set attractions form very quickly. She probably understands that aspect of Justin’s job more than anybody, especially since they themselves met while filming a movie.

What do you guys think about Grazia’s report? Let us know your thoughts in the comments below.