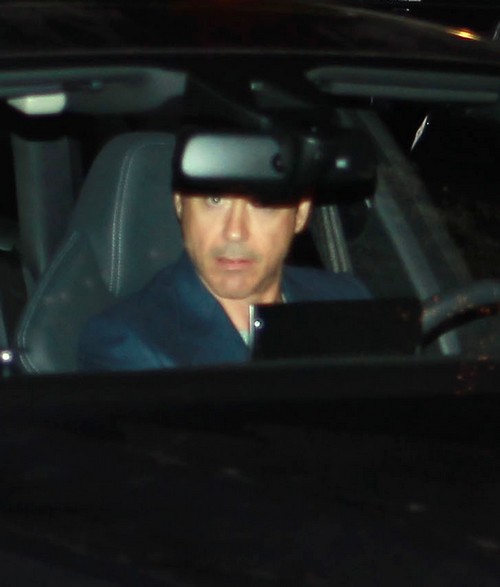 Robert tops the list for two years in a row, reportedly earning over $75 million between June 2013 and June 2014. A large part of this is probably due to his back end earnings from Iron Man 3 and Avengers 2, both of which earned over a billion dollars in worldwide grosses and continue to bring in merchandising and DVD money. Of course, even though Marvel is known as being a cheap company, they can’t exactly refuse to pay money to the actor who single-handedly launched their multi-billion dollar Avengers franchise.

Next up is Dwayne Johnson with $52 million, followed by Bradley Cooper with $46 million. Bradley’s managed to earn that with his Hangover films plus his new gig as Rocket Raccoon in Guardians of the Galaxy. He also has Oscar bait movies coming out practically ever year, including Silver Linings Playbook two years ago and American Hustle last year.

The top five are rounded out with Leonardo DiCaprio at #4 with $39 million and Chris Hemsworth at #5 with $37 million. DiCaprio obviously had the one-two punch of The Great Gatsby and Wolf of Wall Street last year, and Chris has the Thor movies which also pay handsomely. It’s curious that we don’t see other Marvel actors on this list, but I’m guessing we’ll see Chris Evans next year considering how well Captain America: The Winter Soldier did at the box office.

Overall, every single one of these actors is part of the Marvel and franchise machine, with the exception of Leonardo DiCaprio. It says a lot about the state of the industry, doesn’t it?