Justin Bieber To Become Next Face Of Calvin Klein Underwear 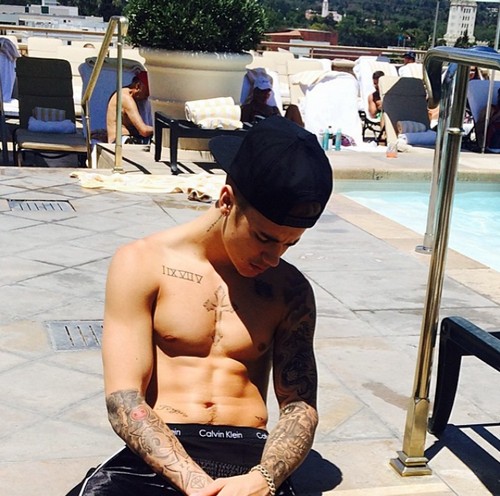 Of course, people are also claiming that when Mark became the face of the famous underwear line, he was also known as a punk with a tendency to mouth off and get in trouble. He wasn’t the successful actor/producer/husband/father he is today, and he was nowhere near as composed as he is now. But even then, you just can’t compare Mark to Justin, especially since Mark wasn’t really famous until after his stint as CK’s underwear model.

Justin, on the other hand, has already destroyed most of his reputation with his antics over the last two years. Would Calvin Klein really risk alienating much of their audience by putting Justin freaking Bieber as their model?

Several major tabloids, including the Daily Mail, have already confirmed that Justin was photographed for CK earlier this year. Although they won’t confirm whether the photos were for a major deal, it does prove that Calvin Klein honchos are at least in touch with Justin. If they do make a deal with him, they’ll be making a HUGE mistake, and I hope they realize that. Justin Bieber circa 2014 is not Justin Bieber circa 2007, and there is such a thing as bad publicity.

Plus, Justin Bieber is still a scrawny kid who looks like he’s 12 years old pretending to be 22. He in NO WAY has the raw sex appeal of an early 20s Mark Wahlberg, no matter how hard he puffs up his muscles or how many times he goes shirtless.